Are you looking for some figurative phrases to liven up your written or spoken communication? Check out this American idiom list to discover fun and interesting sayings to use. With so many different American idioms from A to Z, it'll be easy to find plenty of options to express whatever it is that you'd like to say! 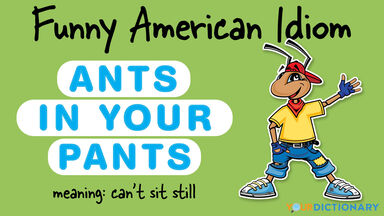 There are many examples of idioms in the English language. Some of the most entertaining American English idioms refer to animals, even though they're really not about animals at all.

Sports are massively popular in America, so it shouldn't be surprising to find out that there are a ton of cool sports-related idioms.

It's a bit more surprising to learn that a lot of American idioms reference body parts than it is to find out just how many focus on sports terminology. Many of the most commonly used idioms reference anatomy in some way. Several options are listed below, and you'll find even more in this list of common idioms using body parts.

American idioms aren't limited to animals, sports or body parts. Check out these weird figures of speech encompassing all kinds of topics and terms.

Beef Up Your Vocab With American Slang

Now that you've reviewed this big list of American idioms, you might want to explore slang specific to the U.S. Begin by exploring these examples of modern American slang. Then, go back in time with an overview of the history of American slang. From there, for even more options, investigate figures of speech in the English language.