What is a base in chemistry? Basic substances react to aqueous solutions by accepting protons, giving away electrons, or releasing hydroxide ions. They neutralize acids by reacting with hydrogen ions to form salts and water. A base that dissolves in water is also known as an alkali. 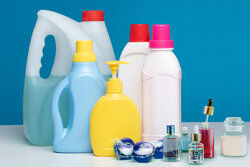 Even if you don’t have a microscope to measure chemical reactions, you can determine whether a substance is a base or an acid. Bases can be described in the following ways:

How can you tell what type of base you are dealing with? Most bases can be classified as strong or weak; concentrated or diluted; or monoacidic, diacidic, or triacidic. These qualities can be determined in the following classifications.

This type of classification describes the strength of a base. If a base has a low amount of hydroxyl ions, it’s considered to be a weak base.

If a base is diluted, it contains a high amount of water.

It seems counterintuitive, but bases can be acidic too. Depending on how many hydroxyl ions it has that combine with hydrogen ions, a base can be classified into one of three types:

Though chemists typically agree on the basic definition of bases, they have not always found consensus when it came to defining their behaviors. Additional classifications of bases describe what they do in specific chemical contexts.

Named for Swedish scientist Svante Arrhenius to describe base behavior in water, these bases dissociate when added to an aqueous solution, making them strong bases. They form hydroxide ions and increase the concentration of hydroxide in the water. Some examples of common products that contain Arrhenius bases include:

Bases that accept protons from other molecules are known as Brønsted-Lowry bases. They were part of chemists Johannes Brønsted and Thomas Lowry’s revised 1923 definition, which focused on proton transfer between substances. You can find Brønsted-Lowry bases in the following products:

American chemist Gilbert N. Lewis discovered the covalent bond and intently studied the concept of electron pairs. Bases that are electron-pair donors are known as Lewis bases, while substances that accept these electron pairs are Lewis acids. Here are some examples of bases at home.

If you’re ready to learn more about chemistry, take a look at these examples of catalysts that start each chemical reaction. You can also read about more chemical characteristics, such as flammability and toxicity, in our article on chemical properties.