25 Biggest Cities in the World (by Population and Area)

You would think a city with a large population would need to have a lot of area, but that just isn’t the case. Cities come in all shapes and sizes. Explore some of the largest cities in the world based on area and population. 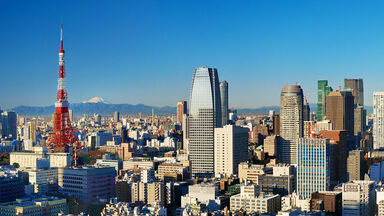 What’s the Biggest City in the World?

Based on the area that it encompasses, New York - Newark is the most populated place in the United States, but it is also the largest city in the world based on area. NYC is broken up into five different boroughs, and New York-Newark spans 4,660 square miles according to Demographia World Urban Areas 2020 report.

However, when it comes to the largest city by population, Japan is where it is at. According to the United Nations Department of Economic and Social Affairs Population Dynamics, Tokyo is the front runner with a population of more than 37 million people in 2020. Famous for its anime and video games, Tokyo is a sensory overload with bright colors and billboards lighting up the night. Harajuku is a top fashion scene where you can experience anime fashion in real life.

25 Largest Cities in the World By Population

Cities around the world are huge. And each one has a different atmosphere for tourists and residents to enjoy. Dive into the top 25 largest cities by population according to UN Statistics and PopulationStat.

Biggest Cities in the World By Area

Some cities are full of lots of people, and some are just large. Now that you’ve seen how population fairs for the largest cities, it’s time to check out the cities with the largest area. Notice that the United States takes the cake when it comes to large cities by area. Examine the 25 largest cities based on land area demographics from Demographia.

Finding the Largest City in the World

When it comes to the largest city in the world, it depends on what you are looking for. As you can see, depending on population and area, the top 25 largest cities changes. Now that you know a little about the largest cities, check out different types of government around the world.