Are you ready to get your tongue twisted? Tongue twisters for kids are a fun language tool using rhyme words and letters or sound repetition that can lead to loads of laughter. Check out some of these popular and original tongue twisters kids of all ages will enjoy! 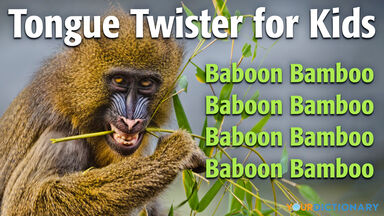 One of the reasons tongue twisters are so fun is because they are nonsensical. Not only are kids working their tongue muscles to form these tricky phrases, but they are laughing along the way. For a fun time, have your kiddos give these original tongue twisters a try.

Can You Repeat It? Short Tongue Twisters

Dr. Seuss was known for his fun rhymes, riddles and tongue twisters. In fact, several of his books are full of amazing tongue twisters! Get your tongue muscles ready for these fun Dr. Seuss-style sayings.

When it comes to tongue twisters for kids, you can’t go wrong with these popular twisters. While you’ll never know how many pickled peppers Peter picked or how fuzzy Wuzzy was, you’ll still have fun trying to say them.

Now it's time to look at some of the toughest tongue twisters out there. Kids looking for a challenge can try these twisted tongue twisters on for size. However, you had better be ready because your tongue just might end up in a nice knot.

If you're up for a challenge, try out these long tongue twisters. Once you master them, try saying them faster and faster!

Tongue twisters and fun go together like peanut butter and jelly, not only because they are silly, but because they challenge children’s pronunciation skills. Keep up the fun by exploring rhyming word games. Kids might also enjoy examples of onomatopoeia for kids.