It might seem a bit muggle-headed, but Harry Potter puns are fun. Siriusly, think about it. From jumping to the Ron conclusion to a Hairy Potter, you can have a good time with fun Harry Potter puns. 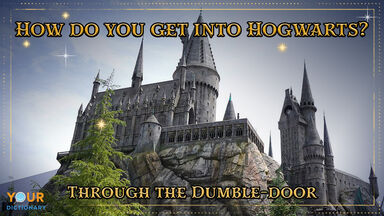 Are you looking for some siriusly funny one-liners to add to your Harry Potter repertoire? Then look no further than these punny Harry Potter puns.

Hogwarts House Jokes to Get You Laughing

One of the best schools of magic can also be one of the funniest. Explore a list of fun Hogwarts puns that will have even Snape rolling in laughter.

The laughs are just starting to roll. Now it’s time to dive into the different house puns. From Gryffindor's to Nearly Headless Nick, there is a little something for everyone.

It’s not all about Gryffindor! You’ve got to add a touch of Ravenclaw and Hufflepuff too! Check out a few bravenclaw puns that are hufflepuffection!

Now it’s time to talk a little bit about the Slytherins. They could make you S.P.E.W. your guts laughing at these great Snapey puns.

Haven’t had enough puns yet? Good, because we have a few fun Harry Potter jokes to add to the mix.

Alright, don’t Percy your lips at these fun puns. Instead, grab a pen and don’t be a-Fred to try some of your own. In all Siriusness though, you might enjoy examples of puns for kids. Not your cup of tea, give these funny puns a try.