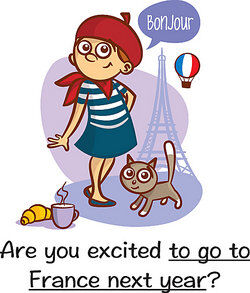 Adjective complements are truly that simple. They describe other adjectives. But, for further clarification, let's look at a few examples. We'll sort them according to noun clauses and prepositional phrases.

Since adjective complements complete the meaning of an adjective, there are many everyday examples. Let's kick things off with noun clauses.

Noun clauses are groups of words that act as a noun. Just like a sentence, they have a subject and a verb. Since they're clauses, they don't form complete sentences. Rather, they're dependent clauses and do not express a complete thought. Noun clauses commonly begin with: who, what, where, when, why, how, that.

These examples will help paint the picture for you:

Let's take a look at them in action:

Adjective complements abound in quotations from famous people, in literature, and in songs.

In the end, adjective complements are simply a great way to amplify or accentuate an adjective's meaning. You'll always be able to spot them if you can spot the noun clause or the prepositional phrase in a sentence.