An aphorism is a brief saying or phrase that expresses an opinion or makes a statement of wisdom without the flowery language of a proverb. Aphorism comes from a Greek word meaning "definition." The term was first coined by Hippocrates in a work appropriately titled Aphorisms.

Aphorisms are often used to teach a lesson while speaking in plain terms. For example, “A bad penny always turns up” is an aphorism for the fact that bad people or things are bound to turn up in life. We just have to deal with them when they do. Interesting, right?

The aphorism examples below are all conveying some sort of truth in a direct, sometimes witty, manner that makes this kind of message powerful. 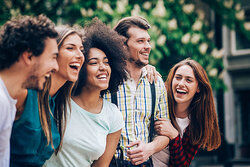 People are the spice of life. They complicate things and they make things more beautiful. Here are some aphorisms pertaining to the human race:

Aphorisms almost always come from life experience. They’re passed on from someone who’s “walked the walk.” These aphorisms are general remarks on life: the good, the bad, and the ugly.

Everyone wants to be successful, at least in their own way. Since it’s a common denominator in the human race, quite a few aphorisms have popped up over the ages regarding hard work and financial fortitude.

Mean What You Say

You can be literal and say what you mean. Or, you can be figurative and mean what you say. “You can’t fight city hall,” means the government always wins. Aphorisms afford writers a wonderful opportunity to mean what they say and say what they mean. These expressions go on to become hallmarks of wisdom.

Since the world loves a good saying, it’s worth exploring other types of quotes and phrases that are closely linked to aphorisms. Start with these examples of proverbs. Proverbs are interesting because they dole out advice, but in an obscure way. Then, we have adages. Adages are common sayings that, over time, go on to become accepted as truth. These examples of adage in literature help paint their picture.