Arbitrage Examples in the Real World

Arbitrage is the purchase of a product which is then sold to make a profit. Successful arbitrage relies on the fact that different markets value products at different rates. It’s popular in the stock and commodities market, and is the driving force behind a number of industries from antiques to cryptocurrency. A person who uses arbitrage is called an arbitrageur. 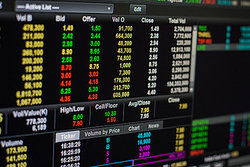 A classic example of arbitrage is vintage clothing. A given set of old clothes might cost $50 at a thrift store or an auction. At a vintage boutique or online, fashion conscious customers might pay $500 for the same clothes. A smart consumer can spend $50 at their local thrift shop, and then sell the same item on Etsy for $500.

That’s an example of arbitrage with $450 in profit, before other costs like listing fees, transaction fees, and shipping costs are considered. Those factors and others, such as the amount of labor and time involved, can complicate low-volume arbitrage like this. At the same time, arbitrage is a powerful profit-making tool used everywhere from garage sales to international banking.

Arbitrage is a widely used practice that occurs on just about every level of the economy.

Arbitrage Around the World

Arbitrage is a core aspect of the global economy, whether you’re a small businessperson selling vintage clothes on Etsy or a major investor trading billions of dollars across currency markets. Ultimately, it comes down to the oldest rule of investment: buy low, sell high.