Do you want to remember some ‘80s catchphrases and take a mental trip back into that wild and funky decade? You’re in the right place.

Maybe you are heading to an ‘80s themed party and really want to get into character. You will find that some of these phrases came from popular culture such as television and movies, while other sayings just seemed to spring forth from the generation on their own. We've included examples of how the words were used, so you can work them into your own retro vocabulary! 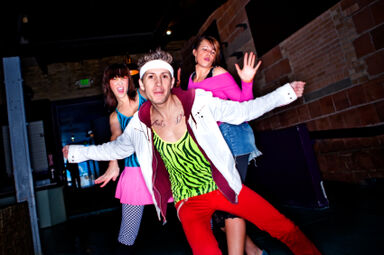 Dancers in neon clothing of the 1980s
Advertisement

For all the oddities that popped up in ‘80s vernacular, there are plenty of catchphrases from that decade that have a known origin, including some catchy slogans.

Other Popular Words and Phrases of the ‘80s

Sometimes phrases arise without an obvious origin. They might combine common terms (see “butt ugly”) or simply grow popular without a clear explanation.

For more, take a look at our exhaustive list of ‘80s slang.

As you can clearly see from this extensive list of ‘80s catchphrases, some of these words, fragments, and sentences remain frozen in time in the 1980s. It is also important to note that some phrases originated prior to the 1980s, but did not become popular catchphrases or weren’t widely repeated until that decade!

However, some phrases have traversed on forward into the 21st century, to the dismay of some and to the joy of others. Ready to explore the vocabulary of other decades? Check out our collections of 1950s slang, 1960s slang and 1970s slang. They’re totally rad.