Have you ever wondered which Republican catch phrases could actually land a candidate in office? Well, truth be told, there are several that could land an average candidate in the power seat. Many would agree that George W. Bush got elected as President of the United States not only due to the savvy way that he related to the people, but more for many of the Republican catch phrases that he used when he spoke. 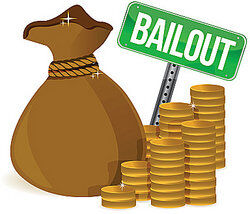 The thing about a catch phrase is that it may not always be a phrase. In many cases, it could simply be a word that is used in the context of a hot social issue. If you think back over the years, you will begin to recall hearing words that candidates said over and over again.

Some of the more memorable catch phrases that have been used by Republicans in the more recent past include:

Hopefully this brief list will help you to better discern which common catch phrases are a major part of the Republican lingo.

Catch phrases, whether Democratic or Republican have long been infused into the speeches of potential candidates as a mechanism that triggers or stimulates a want in a potential voter. Politicians are masters at the use of catch phrases. While many (if not all) of them have political consultants and writers on staff that prepare their speeches, others opt to do it on their own. Nonetheless, politicians have mastered the hidden art of using the quintessential catch phrase in order to catch and keep the attention of voters at large.

It is no secret that the average American is quite susceptible to a cleverly worded catch phrase. Catch phrases are crafted with a particular target in mind. While the innate aim is to secure a vote, in order to do that an speech or sentence needs to be carefully crafted and infused with a plethora of catch phrases that the target group will find relatable. For example, if your target group to secure votes from were those people who are unemployed, then it would make sense that you use a few catch phrases about creating job opportunities.

Catch phrases are basically specific phrases that are used when there is a discussion on a controversial issue. When a catch phrase is used, you will usually notice that a candidate often begins to refer to a personal account, something that is allegedly personal to them.