Who Said “A Penny Saved is a Penny Earned”?

While Benjamin Franklin is known for his many inspirational quotes, he is often attributed to saying something he didn't. So, who said, “A penny saved is a penny earned”? Did anyone? 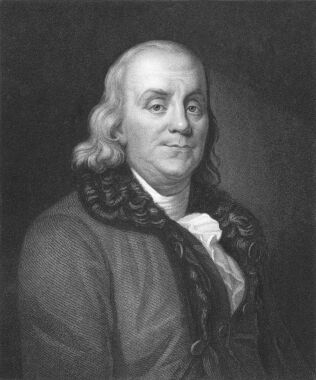 A century before Franklin’s Poor Richard’s Almanac was published, a poet named George Herbert wrote the following line in Outlandish Proverbs. It was published in 1640.

A penny spar’d is twice got.

It appears Herbert meant that, if you don’t spend a penny and save it instead, you’re “up” a penny instead of “down” a penny. Thus, you are now twice as rich. Sure, the math isn’t quite there, but that was the idea.

A couple of decades later, in 1661, a scholar by the name of Thomas Fuller published the following line in The Histories of the Worthies of England:

By the same proportion that a penny saved is a penny gained, the preserver of books is a Mate for the Compiler of them.

The common theme here remains that the one who piles their pennies is ahead of the game.

Still predating Franklin, this time in 1695, we find another potential source for this phrase. Writer Edward Ravenscroft is noted for a similar line in his work, Canterbury Guests:

This I did not prevent expences, for… A penny sav’d, is a penny got.

For every penny we save, the stack becomes larger. Perhaps Herbert took things a little further by saying every penny saved is doubled. As for Fuller and Ravenscroft, they weren’t too far off the mark.

This topic was certainly Franklin’s forte. In 1758, he wrote "Way to Wealth," in the almanac with various maxims meant to help people live frugal lives. He is also remembered for saying:

Who Really Said It?

So, who do you think should be attributed to this expression? Was it the earliest recording from Herbert? Or was it Franklin himself? The line may have become associated with Franklin when it appeared on the reverse of a Civil War token, with Franklin's head on the front. It's not known who came up with the phrase on the coin. So whether Franklin really said the exact words or a similar phrase may never be clear.

Are you ready for more wise sayings that have been passed down through the ages? If so, check out these Examples of Proverbs. They include shrewd wisdom from many cultures, all around the world.