"Absence makes the heart grow fonder." It's a notion that's been repeated countless times throughout history. But, for such a popular line, it's interesting that we're not sure who first said it. 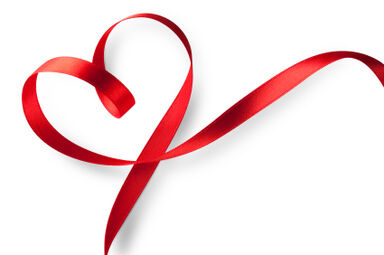 Some research states the phrase was first published in 1602 as the first line of an anonymous poem in Francis Davison's anthology Poetical Rhapsody, although this has been disputed.

Similar sentiments, if not the actual phrasing, were found in Thomas Overbuy’s work Characters published in 1616—“Absence doth sharpen love, presence strengthens it”—and James Howell's Familiar Letters in 1650: "Distance sometimes endears friendship, and absence sweetens it.” This tends to happen with the creation of poetry, storytelling, and lyrics. Since the human experience is a shared one, it's only natural that our expressions of emotion will overlap with one another.

However, many believe that it was Thomas Haynes Bayly who brought the notion to life in his poem titled Isle of Beauty which appeared in his two-volume work Songs, Ballads, and Other Poems in 1844. He wrote:

"What would not I give to wander
Where my old companions dwell?
Absence makes the heart grow fonder;
Isle of Beauty, fare thee well!"

Bayly, sadly, never got to see how his phase captured people’s imagination and grew into a popular saying, as he died 10 years before the poem was published.

The Meaning of “Absence Makes the Heart Grow Fonder”

When we hear the phrase, "Absence makes the heart grow fonder", we think of our personal emotions for those we love. In Bayly's poem, he's referring to a particular place that he held dear. Of course, there's an indication that he misses the people there as well, but the title Isle of Beauty suggests that absence was making his heart grow fonder for a beautiful stretch of land.

We tend to recognize this phrase as a reference to long-distance relationships or lovers who don't know when they'll see each other again. It is also used to refer to families or friends who are separated. How many times have we said this line to a friend who called to express her dismay over her husband's need to travel for work or a girlfriend's departure for a university several hundred miles away? While for centuries this phrases has been held to be true, today countless articles have scrutinized absence's effect on the heart. A study cited by USA Today claims that the notion is absolutely true and CNN suggests college students who are forced to spend time apart will experience a stronger relationship. However, Huffington Post refutes the claim, stating that couples find being apart too challenging.

Literature and lyricism are such gifts to us because we can reflect on them, expand our minds, and play around with words. Dean Martin had some fun with the notion in his song titled “Absence Makes the Heart Grow Fonder (for Somebody Else).” Other writers also had their own variations on absence's ability to make the heart grow fonder.

The Heart of the Matter

So, do we long for people more when they're not with us every day? Throughout history, writers, philosophers, and musicians seem to think so. It seems that the saying "Absence makes the heart grow fonder" still has its place among individuals, groups of friends, and pop culture and society.

As we ponder the truth behind it, let's all allow our hearts to grow fonder for everyone in our life, near or far. Perhaps it'll even spark a poem within us that people will quote for generations to come!