Who Said “The Truth Shall Set You Free”?

The quote “And the truth shall set you free.” comes from the Bible, John 8:32. Different Bibles with different translators have slightly altered variations of this quote; however, they all reference the same idea. The truth is meant to represent Christianity, God or Jesus which will set you free from worldly impediments such as sin, misery, or ignorance. 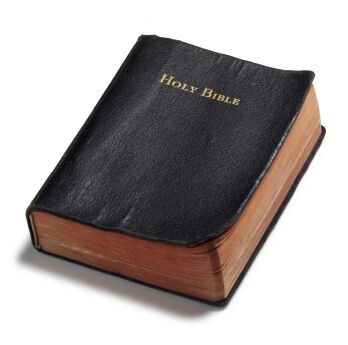 Origin of "The Truth Shall Set You Free"

This quote can be found in the Book of John, chapter 8, verse 32. When read in the context of the original passage, taken here from the New Revised Standard Version of the Bible (1989), readers can more easily understand how truth equals freedom:

Then Jesus said to the Jews who had believed in him, “If you continue in my word, you are truly my disciples; and you will know the truth, and the truth will make you free.” They answered him, “We are descendants of Abraham and have never been slaves to anyone. What do you mean by saying, ‘You will be made free’?”

Jesus answered them, “Very truly, I tell you, everyone who commits sin is a slave to sin. The slave does not have a permanent place in the household; the son has a place there forever. So if the Son makes you free, you will be free indeed.”

The Scripture states that all those who sin are slaves to that sin. By accepting the truth of God’s word through Jesus his son, believers can be free from sin. In short, the text states that by following the teachings of Christianity, one can move beyond sinful ways.

While this quote originated in the Bible, many others have used it in a variety of situations. It’s exceptionally popular as a motto.

In addition, a few authors have used the quote in the title of their books and other works.

Like many Biblical quotes, “The truth shall set you free” has entered the common English lexicon. It is used in a variety of contexts, both religious and secular. For more quotes from Scripture, see YourDictionary’s collection of Bible quotes. In the Book of Matthew 5:44, for instance, we are told, “Love your enemies and pray for those who persecute you."