Who Said “When One Door Closes Another Opens”?

Alexander Graham Bell made the famous announcement, "When one door closes, another opens." This quote may seem overly optimistic, but there are many scientists and entrepreneurs who originally failed in their endeavors only to learn from their mistakes and move forward.

Bell himself had many failures and setbacks in both his career and private life. However, he did not use these as reasons to quit; rather, he forged new opportunities for himself, his family, and his career. Did you know the original quote is longer? Do you know who else has said it? Let’s open a few more doors. 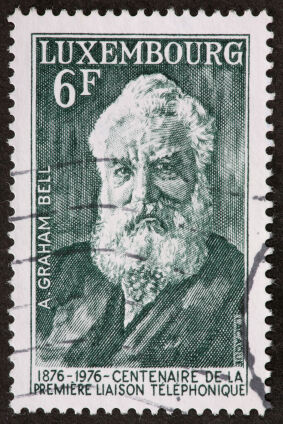 There Is More to the Quote

While Alexander Graham Bell may have said this quote, there’s actually more to it. In 1935, after his passing, he was quoted in The Winona Times as saying:

When one door closes another door opens; but we often look so long and so regretfully upon the closed door that we do not see the one which has opened for us.

So, it’s not just about one door closing and another door opening; it’s about our focus. WIll we choose to stare at the closed door and miss the open door as it swings wide open? In truth, this quote is about missed opportunities. Many people do not like and, therefore, resist change. Yet, not all change is bad. Sometimes, the ambiguity of the change makes it difficult to see beyond.

A closed door to some may mean loss or failure. What if, instead, it’s an opportunity for development and growth? Those who don’t dwell on what might have been but focus on what could be are able to see the open door before them and follow Bell’s advice.

Who Else Said It?

There are a few other notable people who, throughout history, have written very similar lines. Take Hellen Keller’s excerpt from her book We Bereaved in 1929 and again in The Open Door in 1957:

When one door of happiness closes, another opens; but often we look so long at the closed door that we do not see the one which has been opened for us.

Next, we have Johann P.F. Richter. Also known widely as Jean Paul, the German humor writer of the late 18th and early 19th century wrote:

When one door closes another always opens, but we usually look so long, so intently and so sorrowfully upon the closed door that we do not see the one that has opened.

Finally, and perhaps the earliest attribution, comes from Miguel de Cervantes’ famous novel Don Quixote. The first part of the book was published in 1605. Cervantes wrote:

When one door is shut another is opened.

Is There Any Truth to This?

What do you think? Is it true that, when one favorable thing is taken away, another opportunity takes its place? Perhaps it’s an example of mind over matter. Emily Dickinson said, “Hope is the thing with feathers.” You must carry it with you wherever you go and always look out for the best. Don’t get too caught up in the past.

Are you interested in learning a few more wise sayings that have been passed down through time? If so, take a look at these Examples of Adage in Literature. You’ll enjoy everything from Benjamin Franklin’s Poor Richard’s Almanack, Aesop’s Fables, and even the most widely read book in the world - the Bible. Remember, “To everything, there is a season.”