With their combination of harsh and sometimes discordant sounds, cacophony examples can help you see how this literary device can affect the tone of a poem or passage of prose. Many people think writing needs to be beautiful; however, a chaotic, unlovely combination of sounds can also be very effective. See how famous authors have used this literary device over the years. 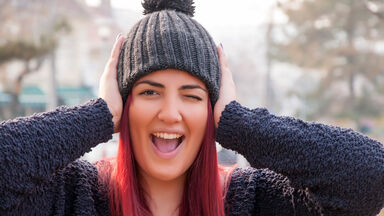 If you’ve ever stood on a busy city street with honking horns, screeching brakes, people talking, and motors running, you have heard cacophony. It’s the combination of discordant sounds, and it’s part of ordinary life. It’s also a literary device.

Why Is Cacophony Used?

The key difference between a lot of random sounds and cacophony as a literary device is the intention in using it. Just as a beautiful or melodious sound can draw the reader to a passage or poem, the jarring sounds of cacophony can also serve a purpose. Readers are looking for harmony in sounds and writing, and when they hear the opposite, they pay attention. In many cases, this is to illustrate something shocking, ugly, horrifying, or otherwise unpleasant.

How to Recognize Cacophony Examples

Cacophony examples often include harsh consonants or hissing sounds. Some of the letters you might see include b, d, g, k, p, s, and t. You’ll also see consonant blends like ch, sh, tch, and others.

For a sample of text to be considered an example of cacophony, it needs to use many of these sounds together, and it needs to use them for a literary purpose. You’ll see how this works in the examples below.

Cacophony Examples From Poetry and Prose

It helps to see examples of cacophony when you’re trying to understand this literary device and how it’s used. You’ll notice that each example features harsh sounds combined together to serve a distinct purpose.

Cacophony Example in “The Jabberwocky” by Lewis Carroll

In his poem The Jabberwocky, Lewis Carroll describes a monster and an imaginary world. To do this, he employs cacophony. This famous poem, full of nonsense words, is a classic example of this literary device.

'Twas brillig, and the slithy toves

Did gyre and gimble in the wabe:

All mimsy were the borogoves,

And the mome raths outgrabe.

Example of Cacophony in “The Raven” by Edgar Allen Poe

In The Raven, Edgar Allen Poe uses cacophony to increase the feeling of tension and anxiety in the poem. The harsh sounds also call to mind the call of a raven. You can see this in action in this excerpt.

But the Raven still beguiling all my fancy into smiling,

Straight I wheeled a cushioned seat in front of bird, and bust and door;

Then, upon the velvet sinking, I betook myself to linking

Fancy unto fancy, thinking what this ominous bird of yore—

What this grim, ungainly, ghastly, gaunt, and ominous bird of yore

Cacophony Example of “The Colossus” by Sylvia Plath

In her poem, The Colossus, Sylvia Plath uses cacophony to convey a sense of anger. As the reader recites this poem, he or she must stop at every harsh sound, replicating the patterns of angry speech.

I shall never get you put together entirely,

Proceed from your great lips.

It’s worse than a barnyard.

Shakespeare uses cacophony in Lady Macbeth’s famous speech in the tragedy Macbeth. Here, Lady Macbeth is losing her grip on reality and is extremely agitated. The cacophonous sounds help to communicate her mental state, especially as this play was designed to be performed aloud.

Out, damned spot! Out, I say!—One, two. Why, then, ’tis time to do ’t. Hell is murky!—Fie, my lord, fie! A soldier, and afeard? What need we fear who knows it, when none can call our power to account?—Yet who would have thought the old man to have had so much blood in him.

Example of Cacophony from Gulliver’s Travels by Jonathan Swift

In Gulliver’s Travels, Jonathan Swift uses cacophony to add a sense of urgency and unpleasantness to his description of war preparation. The listing of the weapons and ballistics is a harsh sound that fits with the harsh topic.

And being no stranger to the art of war, I have him a description of cannons, culverins, muskets, carabines, pistols, bullets, powder, swords, bayonets, battles, sieges, retreats, attacks, undermines, countermines, bombardments, sea-fights …

Sound, whether it’s disharmonious like cacophony or beautiful instead, has a very important role in written literature. From the repetition of sounds in alliteration to onomatopoeia, in which a word sounds like what it describes, the “noise” of a piece of writing is a big part of what makes it great literature.