When you start a story, you learn about the characters. A key way that you learn about characters or understand context to their traits is through flashbacks. These little snippets of memory or dreams can give you vast insight into a character’s psyche. Learn more about flashback by getting a dictionary definition and exploring captivating flashback examples. 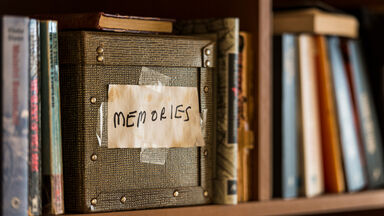 Flashbacks in literature are all about discovering a character's past to help build the story. Take this flashback example:

The backfiring of the bus sent the older man spiraling back to his youth. He could hear the guns firing and his comrades shouting. Adrenaline rushed through him, taking his breath. Leaning against the sign for the bus stop, he covered his ears trying to staunch the flow of memories.

In just that short little flashback, we learned about the character’s past as a soldier in combat. Now, the author could have simply stated he was a soldier, but would that be as interesting? Probably not.

Since you’ve seen a flashback in action, you can clearly see the definition of a flashback being a past moment in time. Typically, this is a moment before the story has even begun.

How Is Flashback Used in Literature?

Flashbacks are a great literary device authors use to give the reader a bit of background information in a creative way. For example, knowing the character was a soldier who had experienced combat is important. However, rather than just tell the readers, they show you through a flashback to give context. Flashbacks don’t just happen in memories either; you might see them through dream sequences or even psychic powers.

Take for example, the flashback in Chapter 17 of Harry Potter and the Deathly Hallows. Using their psychic connection, Harry Potter sees a memory from Voldemort's perspective of the night his parents were killed. This gives Harry a unique look into what happened the night his parents died because he sees it play out through their killer’s eyes. Talk about captivating and a bit horrifying.

Examples of Flashback in Literature

While J.K. Rowling effectively used flashback in all the Harry Potter series to give us background and clues, she’s by far the only one. View a few other captivating flashback examples that have taken the literary world by storm.

Possibly one of the most famous uses of flashback in literature is in Emily Bronte’s Wuthering Heights. Why? Because the whole story is just one big flashback. When you meet the characters in the start of the novel, Catherine is already a ghost. Therefore, the love story between Heathcliff and Catherine is developed through flashback as Nelly Dean tells their love story. Time has no limits on love, especially in Wuthering Heights.

The Hunger Games by Suzanne Collins

In Suzanne Collins’ The Hunger Games, the author uses flashbacks to create a pivotal connection between Katniss and Peeta. When Peeta is called to the podium, she distinctly remembers Peeta giving her the bread when her family was starving. This created an instant connection between these two characters that led them through the entire series. Not only does Katniss feed him because he fed her, but she never gives up on the boy with the bread.

Bella was pretty sleuthy when it came to figuring out Edward was a vampire in Twilight. However, this might not have been possible without flashbacks. Bella connects all her odd moments with Edward through a flashback of Jacob and her on the beach talking about the cold ones. It helps the reader to put all the pieces together and give context to the moment.

The Outsiders by S.E. Hinton

The famous classic, The Outsiders, also uses flashback in chapter 2 to give us insight into Johnny and why he always carries a knife. Through Ponyboy's telling of the story, the reader learns what happened to Johnny and how he almost died, as well as his rival with the Socs. This flashback works to give insight into the character and understand his motivation a bit further.

The Importance of Flashback

As you can see through the flashback examples, flashback is an important tool writers use to weave their story. Not only does it give the reader more insight into the characters, but it provides context for a situation. It can also be pivotal in figuring out key clues like in Twilight. Ready to learn more fun literary devices? Give foreshadowing examples a whirl.