The subject of a sentence is a person, place, thing or idea that is doing or being something. Typical sentence constructs follow a subject + verb + direct object formula. When a sentence has two or more subjects, it's called a compound subject. 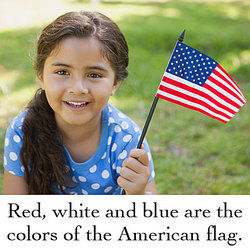 Compound subjects are joined by "and" or "or" and, perhaps, a series of commas. In the compound subject examples below, you'll find many different ways to vary these sentence constructs.

Compound Subjects Joined by "And"

Compound Subjects Joined by "Or" or "Nor"

Here comes the fun. Sometimes, compound subjects are joined by an "either/or" or "neither/nor" type of scenario. In these instances, the verb will agree with the subject that is closest to the verb. Let's take a look:

Let's have fun with more sentence examples involving compound subjects. But, before we do that, it's important to point out our comma usage in a list of nouns. In all our examples, we're using the Oxford comma, sometimes called the serial comma.

Whenever there's a list of three or more items, we're separating the last item in the list with a comma before the "and" or "or." Take a look at Oxford Comma: Do You Need to Use It? and feel free to disagree with us. Not everyone deems it necessary. Here's a look:

Compound subjects introduce an array of new components to sentences. They allow for further specificity and detail. Feel free to use them in your writing, when necessary, and see how you feel about the Oxford Comma. In the meantime, scan through these 15 Sentences Using Compound Subjects and Compound Verbs. They'll help you continue to master the craft of well-built and easy-to-read sentences.