Each of these operate a little differently and the best way to understand them is to study a variety of compound verb examples. 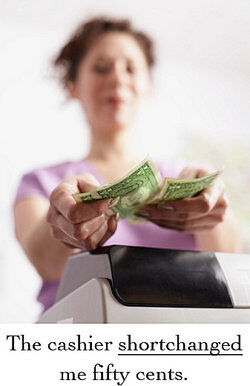 With a Prepositional Verb

Verbs can take on a slightly or even a very different meaning when a preposition is added to the end of them.

With a Phrasal Verb

A phrasal verb is formed when you combine a verb with an adverb or a preposition. The meaning of the resulting compound verb isn't always obvious by looking at the two words in isolation. Also, the adverb or preposition can be moved after the object and still make perfect sense.

Verbs can also be preceded by an auxiliary verb to form a compound verb. Variations of "to be" are the most common, but other auxiliaries are oftentimes used too.

Whether or not the two words are connected with a hyphen, you can form a compound verb by combining two separate words, either or both of which may or may not be verbs on their own.

An even better way to illustrate how compound verbs function is to see them in action in example sentences.

You can also see compound verbs in action via these quotes.

These examples of compound verbs show the many ways that this grammar tool can be used to further enhance the verb in a sentence. When you're ready to learn more, check out our resources on helping verbs and linking verbs too.