Connotation refers to an implied meaning that’s associated with a word in addition to its literal meaning. This association can be cultural or emotional. For example, the word “stingy” promotes a negative image. Meanwhile, “thrifty” might connote something far more positive, meaning the person simply likes to be smart with their money.

Connotation can set up other rhetorical devices too, including symbolism and personification. The recurring symbol of doves in a story will connote a sense of peace. In fact, some would argue that the terms sometimes cross boundaries and serve a dual purpose.

For a quick review of the positive and negative effects of certain words, this list of connotation examples will bring you up to speed. Now, let’s explore several examples of connotation in literature. 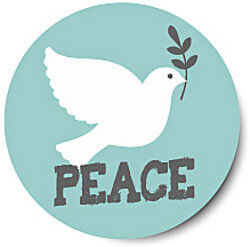 In The Monkey’s Paw by W.W. Jacobs, the opening passages use phrases like “sharp and unnecessary perils” and “fatal mistake” to make it very clear that disaster is on the horizon.

Father and son were at chess; the former, who possessed ideas about the game involving radical chances, putting his king into such sharp and unnecessary perils that it even provoked comment from the white-haired old lady knitting placidly by the fire.

“Hark at the wind,” said Mr. White, who, having seen a fatal mistake after it was too late, was amiably desirous of preventing his son from seeing it.

Here, words like “sharp and unnecessary perils” make it known that this is a very bad situation. When we read on, we find out that one of the main characters has “...seen a fatal mistake after it was too late.” These strong words connote danger and prompt the reader to want to know how the character will rise above.

In “I Hear America Singing” by Walt Whitman, he uses words like “mechanics,” “carpenter,” and “mason” to connote hard-working Americans.

Whitman paints each of these hardworking Americans in a very positive light. They’re performing good, honest work and seem happy to have the work. You could even argue that the words “blithe and strong” connote hard-working Americans.

In The Scarlet Ibis by James Hurst, the closing passages use words like “downpour” and “pounding storm” to insinuate the storm is treacherous, without stating it so plainly.

As I waited, I peered through the downpour, but no one came. Finally, I went back and found him huddled beneath a red nightshade bush beside the road.

I began to weep, and the tear-blurred vision in red before me looked very familiar. “Doodle!” I screamed above the pounding storm and threw my body to the earth above his. For a long time, it seemed forever, I lay there crying, sheltering my fallen scarlet ibis from the heresy of rain.

Hurst manages to paint a very intense closing scene in only a few paragraphs. You can almost feel the pelting rain and sense the character’s drenched clothes. Indeed, this is a whirlwind of a storm and Hurst didn’t have to state it so bluntly.

Of Mice and Men

In Of Mice and Men by John Steinbeck, the start of Chapter 6 uses words like “twinkling” and “golden foothill” to paint a gorgeous, serene picture.

A few miles south of Soledad, the Salinas River drops in close to the hillside bank and runs deep and green. The water is warm too, for it has slipped twinkling over the yellow sands in the sunlight. On the side of the river, the golden foothill slopes curve up to the strong and rocky Gabilan Mountains, but on the valley side the water is lined with trees- willows fresh and green with every spring, carrying in their lower leaf junctures the debris of the winter’s flooding.

That paints a pretty, calm picture, doesn’t it? Whitman managed to pick up the reader and place her in paradise without simply stating, “It was a beautiful landscape.” It’s also a very plush landscape, with “water lined with trees- willow fresh and green.”

In Animal Farm by George Orwell, we see examples of connotation in the cast of characters.

The powerful, corrupt rulers are cast as pigs. One of the horses, Boxer, represents the working class.

Pre-eminent among the pigs were two young boars named Snowball and Napoleon, whom Mr. Jones was breeding up for sale. Napoleon was a large, rather fierce-looking Berkshire boar, the only Berkshire on the farm, not much of a talker, but with a reputation for getting his own way. Snowball was a more vivacious pig than Napoleon, quicker in speech and more inventive, but was not considered to have the same depth of character. All the other male pigs on the farm were porkers.

The two cart-horses, Boxer and Clover, came in together, walking very slowly and setting down their vast hairy hoofs with great care lest there should be some small animal concealed in the straw. ...Boxer was an enormous beast, nearly eight hands high, and as strong as any two ordinary horses put together. A white stripe down his nose gave him a somewhat stupid appearance, and in fact, he was not of first-rate intelligence, but he was universally respected for his steadiness of character and tremendous powers of work.

Notice how Napoleon is described as a fierce-looking Berkshire? Also, it’s pointed out that he’s the only pig of this stature. Furthermore, Orwell says he has “a reputation for getting his own way.”

Boxer is then easily painted as a tremendous work horse, if perhaps not the most intelligent or cunning. He was described as an “enormous beast” with “tremendous powers of work.” Words like “enormous” and “tremendous” certainly connote a sizable animal. He’s also a good, caring, and honest worker, much like the men in Walt Whitman’s poem.

In “The Mending Wall” by Robert Frost, we see connotation used in reference to the subject (and title) of the poem.

In “Out, Out,” also by Robert Frost, he uses connotation when he describes someone bleeding to death.

The boy’s first outcry was a rueful laugh,
As he swung toward them holding up the hand
Half in appeal, but half as if to keep
The life from spilling

We quickly see this character is on the brink of death, but Frost found a far more interesting way to bring us to that conclusion. Stating someone’s life is spilling out of them paints an intense picture with dire circumstances.

In “Sonnet 18” by William Shakespeare, he uses a summer’s day to describe a woman’s beauty.

Shall I compare thee to a summer’s day?
Thou art more lovely and more temperate.
Rough winds do shake the darling buds of May,
And summer’s lease hath all too short a date.
Sometimes too hot the eye of heaven shines,
And often is his gold complexion declines,
By chance, or nature’s changing course, untrimmed;
But thy eternal summer shall not fade

Here, Shakespeare gives the impression of warmth, brightness, and levity. In fact, he points out that buds will fall from the flowers, but this woman’s beauty will remain as fresh as ever.

The Merchant of Venice

In The Merchant of Venice, also by William Shakespeare, he uses different religions to connote good and evil.

Shylock: The Hebrew will turn Christian: he grows kind.

Shakespeare is using different sects of religion to connote goodness or kindness. Certainly, Shakespeare is connoting that the Hebrews are unkind. Perhaps you had to live in his age to understand his meaning, but the message comes through loud and clear.

Link to Other Rhetorical Devices

Connotation easily borders on symbolism. For example, is Robert Frost’s wall a symbol for distance and boundaries? Perhaps, but Frost is also using it to connote, or relay, a message of separation between the two men. Connotation also borders on personification. In Animal Farm, one could argue that the pigs are personifying “the bad guys.” By the same token, this rhetorical device is also connoting a message of evil or bad intentions.

Explore more examples of rhetorical devices to see how you can incorporate these illustrative tools into your next piece. You’ll find it exhilarating, as you explore new methods for saying what you mean, without ever having to say it directly.