Counterculture Examples in History and Today 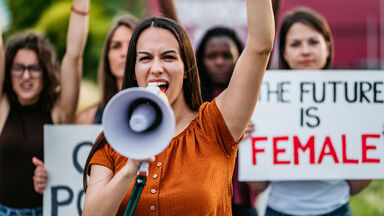 Dominant cultural beliefs tend to develop in every society. These beliefs may represent what the majority of people within the culture believe or seek to observe, but they don't usually reflect the values of every person within that society. As a result, counterculture movements tend to develop. Their behaviors and norms often differ substantially from what would be expected in light of mainstream society.

It's important to note that counterculture movements aren't inherently good or bad. What makes a group a counterculture is simply that it doesn't adhere to the cultural norms of mainstream society.

There are many examples of counterculture throughout history.

These historical counterculture examples had a significant impact on the world. The people who led and participated in these movements played a role in changing the world, largely contributing to how the dominant culture evolved over time.

Counterculture Can Lead to Social Change

It's interesting to note that much of what these historical counterculture groups sought to achieve did in fact become part of mainstream culture, either as a result of attitudes and behaviors changing over time or as a result of legislative action, or a combination of both.

Now that you are familiar with some contemporary and historical counterculture examples, take the time to learn more about cultural groups and cultural identity. Start by considering some subculture examples from the past century. From there, discover how different cultures impact each other by exploring cultural diffusion in the world around you.