Difference Between Tone and Mood in Literature

Have you ever thought the tone and mood of a piece are the same? You wouldn’t be the only one. Tone and mood are similar in literature, but they are distinctly different as well. One of the major differences between the two is who it affects. For example, tone is set by an author. You’ll often hear it called the author’s tone. However, mood is perceived by the reader. To look at other differences between tone and mood, it’s important to look at them individually. 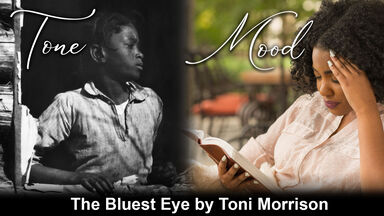 When you think of tone in a story, think of the attitude that the author created for a piece of literature. For example, the tone of Pride and Prejudice can be seen as endearing sarcasm. Austen provided biting commentary of the limitations of women of the time through a classic love story. Like in Austen’s work, the tone of a story is deliberately created by an author using literary devices, word choice, and even sentence structure.

For instance, Austen creates cynicism in her work through Elizabeth’s view on marriage. However, it’s endearing through the budding romance of Elizabeth and Mr. Darcy. The way Austen weaves this all together through the story creates the tone of her work. It’s what Austen wants the reader to feel.

To get a better understanding of tone, view more classic and modern examples.

Since novels aren’t static, tones within a piece can mold and morph from the beginning to the end. A book that started out depressing might be uplifting in areas.

You might also notice that you use certain tone words like farcical or depressing to describe the tone of a literary piece. With tone set in your mind, see how mood is different.

Now, it's time to look at mood in grammar. While tone is all about the author, mood is all about you, the reader. Mood is how a book made the reader feel. This could be an overall feeling the reader has of a complete work, but it can also be the mood you feel in each different scene. For example, when Mr. Darcy is talking to Mr. Bennett in Pride and Prejudice about a potential marriage to Elizabeth, the reader might feel hopeful and even excited waiting to see if the two will be married.

Need more examples to understand how mood works? Since mood is easier to dissect in scenes, view a few of favorites from literature.

When discussing mood, there are specific mood words you’ll find yourself using. These are usually words you use to describe the feeling such as sad, happy, excited, frustrated, or peaceful.

Tone vs. Mood in Writing

Mood and tone are separate elements. That can’t be denied. However, there are times when the author’s tone contributes to the mood. For example, many parody works keep the same author’s tone but add a comedic mood. This works to make the piece a dark comedy of sorts. For example, Sense and Sensibility and Sea Monsters takes the plight of the Dashwood sisters and gives it a comedic twist. Therefore, you get all the insightful wittiness of the Dashwood sisters but with a sea monster thrown in for comedy. So, tone can very much affect the mood of a work.

Difference in Mood vs. Tone

Tone and mood in literature are all about feelings. However, the major difference between tone and mood is who is feeling it. Dive deeper into fun word differences by looking at further vs. farther. If you are looking for more writing techniques, then literary devices might be more your flavor.