In a sentence, the direct object is the noun or noun phrase that’s receiving the action of the verb. The basic construction works like this: Subject + Verb + Who or What. 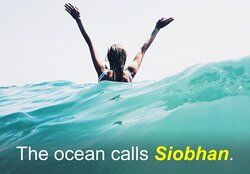 Woman swimming in the ocean
Advertisement

The direct object can be a singular noun or noun phrase (a group of words that act as a noun together).

Let’s look at some more examples. The direct object is highlighted in bold.

Remember that direct objects follow transitive verbs (action verbs). If you ever see a linking verb, your spidey senses should make you aware that you are no longer dealing with a direct object.

Let’s look at a few examples to demonstrate the difference between direct objects and subject complements:

The majority of our sentences require direct objects to be complete. We have a subject (the thing we’re talking about) and a verb (the rope that ties the subject to further information). However, we still need to know what’s going on.

That’s where direct objects come in. They provide more information, answering the question “who” or “what” is receiving the action of the verb. Have you ever heard of indirect objects? Can you guess what their role is? Check out Indirect Object Examples to uncover the truth.