It’s all about the meaning. This is especially true when it comes to equivocation fallacies, which is when a word or phrase is used with a different meaning or ambiguously to create a fallacy. Explore equivocation examples found in real-life situations, media, and literature. 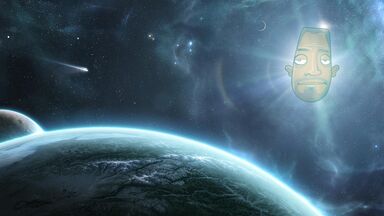 Considered a logical fallacy, equivocation fallacies arise from ambiguity. Words or phrases in these fallacies can be used ambiguously or have double meanings. For example:

It is true that Puff Daddy is a star.

A giant ball of gas is a star.

However, Puff Daddy is not a giant ball of gas.

The United States does not torture.

Looking at this statement it seems pretty clear. However, this was an equivocation fallacy because George Bush’s statement was true but only based on a special definition he gave the word 'torture.' His definition of torture left out waterboarding and mock execution.

A drunk driver gets pulled over by a police officer. Visually inebriated, the driver tells the officer:

I only had a few beers.

For example, a billboard company might advertise their billboards by saying:

In a humorous media campaign “Clean your dirty balls”, AXE used equivocation fallacy to play on the double meaning of the word 'balls'. In ads and television commercials, this soap, designed for men, was used to clean dirty sports equipment. However, the ads had a double meaning since the product line is designed for cleaning men’s bodies. Think about that for a minute.

Equivocation fallacy can work great in comedy. Just ask Abbot & Costello in their famous Who’s on First bit. The joke starts out:

Costello: That's what I want to find out.

Abbott: I say Who's on first, What's on second, I Don't Know's on third.

Costello: Are you the manager?

Costello: You gonna be the coach too?

Costello: And you don't know the fellows' names?

Abbott: Well I should.

Costello: Well then who's on first?

By giving the players names like Who, What, and I Don’t Know, the comedians make comedic use of equivocation fallacy that is a laughing good time.

When you're looking for a good equivocation example, look no further than literature. The double meaning or ambiguity of equivocation can come in handy as a plot device, just ask Shakespeare.

Shakespeare actually makes a lot of use of equivocation in his story of Macbeth. However, one of the most famous uses is when Macbeth visits the witches.

Be bloody, bold, and resolute; laugh to scorn / The power of man, for none of woman born / Shall harm Macbeth.

The fact that 'none of woman born' can harm Macbeth makes him sound invincible. However, when the witches say ‘none of woman born,’ they actually mean those of natural childbirth. Those born from a cesarean section don’t count. Hence the reasons Macduff isn’t ‘of woman born’. Very tricky Mr. Shakespeare!

The Advantage of Ambiguity

The ambiguity of words can be used to your advantage, especially if you’re trying to deceive someone. Just ask politicians! Would you like to learn more about fallacies? Don’t just stop at equivocation; explore examples of false dilemma and circular reasoning. You won’t believe all the fallacy examples out there.