Ethical dilemmas are situations in which there is a difficult choice to be made between two or more options, neither of which resolves the situation in a manner that is consistent with accepted ethical guidelines. When faced with an ethical dilemma, a person is faced with having to select an option that doesn’t align with an established code of ethics or societal norms, such as codes of law and religious teachings, or with their internal moral perceptions of right and wrong. Explore ethical dilemma examples to see how you might handle these difficult situations. 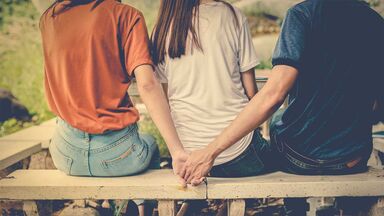 Ethical dilemmas occur all too frequently in everyday life. There is rarely a clear answer regarding right and wrong. Instead of being able to rely on external standards, people have to rely on their morals and values to navigate such situations. A storytelling approach, as introduced by Lawrence Kohlberg in the 1930s, is often used to encourage people to think through possible outcomes and consequences of ethical dilemmas.

Michael had several friends including Roger and Daniel. Roger has recently met and started dating a wonderful lady named Phyllis. He is convinced this is a long term relationship. Unknown to Roger, Michael observed them at a restaurant several days ago and realized Phyllis is the wife of his other friend Daniel.

In this situation, Michael has to weigh the variables in the situation to make the decision he feels is best. If truth is a guiding principle of his morality, he’s likely to tell both of his friends what he knows and hope that they don’t blame him for any negative consequences they experience as a result of telling the truth.

Consider a situation in which a group of people are enjoying an outdoor adventure together. One person gets stuck in the only way in or out of an enclosed space, such as a cave. Water starts rising in the cave due to high tide or heavy rainfall. Everyone will perish if the person isn’t removed from the entrance. There is no way of removing the person who is stuck so that the individual will survive.

This is one of the most extreme moral dilemma examples, as well as an ethical dilemma. The choice is between actively causing one person’s death or allowing people (including oneself) to die. Someone following a utilitarian approach to ethics would likely choose to eliminate the person who is stuck, as this philosophy is based on choosing actions that result in the greatest good for the greatest number of people. Someone who focuses primarily on the sanctity of each individual life, however, would not consider harming the person who is stuck to be a viable option.

One of the most important characteristics of an effective leader is treating people equitably. This involves fairness and consistency, including regards to applying the rules to everyone equally. What should a coach do when a few superstar players get caught breaking rules that should lead to their suspension from the team immediately before a big game that is very important to the team?

Coaches are responsible for winning, but they’re also responsible for setting an appropriate example of leadership for players and treating all team members fairly. What may seem to be an obvious choice between right and wrong at first glance is really much more complicated.

The Cost of a Cure

Imagine you were in a situation where someone in your family was extremely ill. Your relative’s doctor says that there is an experimental medicine that might help your loved one, expressing that it is the only thing that might work. Your family has very limited financial means. The medication costs $1,000 per month and health insurance will not cover the cost. You try to borrow money to pay for a course of treatment but are unable to do so.

When faced with the possibility of losing a loved one simply due to a lack of funds, it’s possible that someone who is ordinarily completely opposed to stealing might be able to rationalize such an action. They may see stealing to potentially save someone’s life as morally justifiable, while stealing just for one’s own financial gain to be immoral. Further, there is the issue of the pricing and coverage decisions made by the pharmaceutical company and insurance provider. These things, while they might anger the person facing a moral dilemma, are beyond the individual’s control.

Disadvantaging Yourself to Do What’s Right

The reliance on digital communication in the business world surely has created ethical dilemmas involving information access and privacy. You could find yourself in a situation of needing to get information from a coworker’s computer when that person was out of the office. You know you’re not supposed to access others computers, but this coworker is a friend of yours and she has shared her password with you in the past. When you login, you discover that your coworker has been saving customer’s credit card data on the computer, which is a violation of company policy.

This is a difficult dilemma to face, as is the case with all ethical dilemmas. If you choose to keep yourself out of trouble, will the fact that you know what your coworker has done continue to bother you? Will you be responsible in some way if customers are defrauded as a result of your coworker’s actions?

You can study ethics from both a religious and a philosophical point of view. There are five branches of ethics, each of which offers a different perspective.

The normative approach to ethics, which is the largest branch, deals with how individuals can figure out the correct moral action that they should take. Philosophers such as the Greek philosopher Socrates and John Stuart Mill are included in this branch of ethics.

The meta ethics branch seeks to understand the nature of ethical properties and judgments such as if truth values can be found and the theory behind moral principles.

Applied ethics is the study of applying theories from philosophers regarding ethics in everyday life. For example, this area of ethics asks questions such as "Is it acceptable to have an abortion?" and "Should you turn in your friend at your workplace for taking home office supplies?"

Descriptive ethics is more scientific in its approach. It focuses on how human beings actually operate in the real world, rather than attempting to theorize about how they should operate.

Deciding how to best resolve difficult moral and ethical dilemmas is never easy especially when any choice violates the societal and ethical standards by which we have been taught to govern our lives. To learn more about these matters, explore the differences between ethics, morals and values.