A euphemism is a word or expression used in lieu of a harsher alternative. For example, someone might say they’re “taking an early retirement” instead of admitting they got fired. So, why would we see euphemisms in literature if the goal of any piece of writing is clarity?

Well, they spice things up! This places euphemisms in the distinguished league of literary devices. They put a new spin on ordinary words and expressions and, if they’re really clever, make the reader think. Let’s explore some euphemism in literature examples. 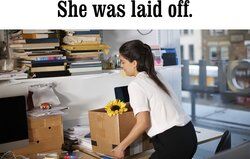 Examples of Euphemism in Literature

Literary devices make a great study. There are so many of them. Writers often use metaphors and similes to draw comparisons. They might also use personification to give an inanimate object lifelike qualities and paint a colorful picture.

The same goes for euphemisms. Sometimes it’s exciting to “beat around the bush” and let readers "shine a light" to deduce their own meaning. Let’s take a look at some examples from literature.

To beguile the time,

Look like the time. Bear welcome in your eye,

Your hand, your tongue. Look like th’ innocent flower,

But be the serpent under ’t. He that’s coming

Must be provided for; and you shall put

This night’s great business into my dispatch,

Which shall to all our nights and days to come

Give solely sovereign sway and masterdom.

In this excerpt, Lady Macbeth is speaking. She’s telling her husband, Macbeth, to kill Duncan, the king. Murder is surely a surreptitious topic, so Shakespeare makes use of a euphemism here. Hamlet understands her mearing and knows Duncan must be provided for (killed) that evening.

“You are a manipulator.”

“I like to think of myself more as an outcome engineer.”

Lover Eternal is a fantasy novel about vampires and their slayers. In New York, a secret band of vampire warriors, or brothers, “fight the good fight” to maintain their species.

In an excerpt, one of the brothers accuses the other of being manipulative, a word that surely has a negative connotation. Instead of taking offense, the other vampire laughs it off and says he’s merely an “outcome engineer.” Very clever.

In this novel, the main character, Hades, travels back in time to find Jane Eyre. His singular purpose is to rescue Jane and, in doing so, we watch him cross paths with the one and only Mr. Rochester.

In one excerpt, another character named Mycroft is insinuating that Hades is insane. He quickly shrugs it off, diverting from the less-complimentary label of “mad,” and says he’s simply “differently moraled.”

How to Be Funny, Steve Allen

“When my mother passed away several years ago—well, wait a minute. Actually, she didn’t ‘pass away.’ She died. Something about that verb, ‘to pass away’ always sounds to me as if someone just drifted through the wallpaper. No, my mother did not pass away. She definitely died.”

Steve Allen comes right out with it and attacks a common euphemism. Many of us say someone “passed away” instead of “died.” This is an example where a euphemism has gone awry.

Instead of “softening the blow” that comes with the death of a loved one, it rubbed Allen the wrong way. His mother didn’t drift away. She truly - and sadly - died.

If there’s a form of writing that loves to embrace rhetorical devices, it’s poetry. Let’s have a little fun and explore two examples of euphemisms in poetry.

When the Present has latched its postern behind my tremulous stay,
And the May month flaps its glad green leaves like wings,
Delicate-filmed as new-spun silk, will the neighbours say,
"He was a man who used to notice such things"?

If it be in the dusk when, like an eyelid's soundless blink,
The dewfall-hawk comes crossing the shades to alight
Upon the wind-warped upland thorn, a gazer may think,
"To him this must have been a familiar sight."

If I pass during some nocturnal blackness, mothy and warm,
When the hedgehog travels furtively over the lawn,
One may say, "He strove that such innocent creatures should
come to no harm,
But he could do little for them; and now he is gone."

If, when hearing that I have been stilled at last, they stand at
the door,
Watching the full-starred heavens that winter sees,
Will this thought rise on those who will meet my face no more,
"He was one who had an eye for such mysteries"?

Hardy comes right out with a euphemism for death in his opening line. Basically, he’s saying “when the present’s no longer,” alluding to his death. Then, he goes on to find other ways to paint death in a rather interesting light.

“If it be in the dusk when, like an eyelid's soundless blink, the dewfall-hawk comes crossing the shades,” is rather picturesque. “If I pass during some nocturnal blackness,” is a nice way of saying “go in my sleep.” And finally, he mentions being “stilled at last,” instead of “dead.”

I have to lay you off

a parallel universe was born

in his face, one where flesh

is a loose shirt

taken to the river and beaten

against the rocks. Just

by opening my mouth I destroyed

In this poem, the narrator uses the euphemism “lay you off” in place of “fire you.” Clearly, the superior thought he’d soften the blow if he used this phrase. However, you’ll notice the employee’s reaction is total devastation. Similar to Steve Allen’s response to the euphemism for death, this euphemism didn’t do anything to improve the situation.

Create Your Own Euphemisms

One of the many joys of writing is the ability to paint colorful pictures with our words. Can you think of any fresh euphemisms you’d like to include in your next piece? It might be just the thing to spark interest in your readers’ minds.

If short stories are your penchant, enjoy these examples for inspiration. If poetry’s the name of your game, then dive into these free verse poems by notable greats including Walt Whitman. As you read, see how many literary devices you can spot!