Examples of Adage in Literature

An adage is a wise saying that, over time, becomes widely accepted as a general truth. These sayings are mostly concise and philosophical. The truths they communicate are reflections on life experiences that many people can relate to. 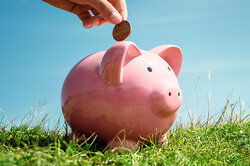 One of the best ways to gain knowledge is to read, read, and read some more. To no surprise, you'll find that many of the adages we know today have come down to us from our favorite writers. Together, let's enjoy some examples of adage in literature and see how many strike you as accurate and truthful.

Now here's a wise man: Benjamin Franklin. From 1732 to 1758, he published Poor Richard's Almanack. In colonial times, almanacs were quite popular. They contained weather forecasts, household tips and tricks, and other fun facts. Franklin wrote under the pen name "Poor Richard," but, of course, most of the musings came from his wise mind. In the list below, you'll find that many of the adages we know and love today came from Franklin himself.

Now, let's get into some of our favorite authors. As you read each adage, take a moment to pause and reflect on its meaning. No doubt, the goal is to impart knowledge. Perhaps they'll help us go forward with keen minds that make wise decisions.

Adagia is a collection of Greek and Latin proverbs. Proverbs and adages are quite similar. They're short sayings that are well-known. The main difference between the two is that proverbs try to dole out advice. Meanwhile, adages merely state an accepted truth. Furthermore, not all adages are proverbs. However, if a proverb is repeated enough, it can go on to become an adage.

The first edition of Adagia was published in 1500. Isn't it interesting that some of the things we say today are steeped that far in history? Let's take a look at some examples:

Aesop's Fables is a collection of short, fictional stories believed to be developed by a slave from ancient Greece. Some of these adages are said to date back as far as 620 B.C. Let's take a look:

Other Adages from Literature

Of course, most writers don't come up with a plethora of adages in one text. Rather, singular lines from entire works go on to be quoted and regarded as truth. Let's enjoy a sampling of singular adages from completed works:

Adages from the Holy Bible

The Bible isn't one large book. Rather, it's a series of stories within one large text. Its writers are numerous and, well, only God knows where some of the truths come from. Still, many of the teachings apply to life today and are accepted as wise truths. Here are some examples:

Most of us enjoy a good quote. We see them shared on Facebook and Instagram all the time. They provide short pauses for reflection. The human condition must not have changed much over time; we repeat a lot of the same truths century after century.

We mentioned the close bond between adages and proverbs. There's one more member of the wisdom club: aphorisms. These are opinion-based statements spoken by an individual that have gone on to be accepted as truth.

The main difference between aphorisms, proverbs, and adages is that aphorisms are considered to be definitions or concise statements of a principle. They're not trying to dole out advice, like a proverb. Rather, they have more of a matter-of-fact sentiment. While some of them have a bit of a humorous edge to them such as, "A bad penny always turns up," they do tend to be accepted as truth.

Enjoy these Examples of Aphorisms to learn more.