Do you consider honesty a virtue? You wouldn’t be the only one. Admirable virtues have been defined and broken down throughout history by philosophers, psychologists and religion. Get the details on what it takes to be virtuous through reviewing examples of admirable virtues. Inspect how virtues are related to ethics, morals and values, too! 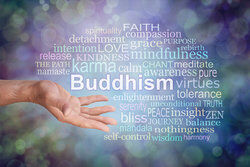 Reading a book, you might wonder about the virtues of the hero. Many times, a hero is brave or wise. But, what makes an admirable virtue?

By definition, a virtue is a thought or action that is righteous or of high moral ground. It is a good quality that you or someone you know possesses. For example, you might think of your grandfather’s wisdom as a virtue. Your friend’s kindness can also be a good moral virtue.

Traverse through history and subjects to find out some of the best examples of moral virtues to have.

All virtues aren’t created equal. Or are they? When it comes to virtues, Character Strengths and Virtues: A Handbook and Classification by Christopher Peterson and Martin Seligman breaks them down into six basic categories. These include:

Each of these categories are then broken down into more specific virtues, like creativity, love, kindness, humor and more.

Psychologists aren’t the only ones who have highlighted important virtues. Philosophers have too. Check out some famous virtue examples from Aristotle and Confucius.

Aristotle is one of the greatest and best known of the ancient Greek philosophers. In his Nicomachean Ethics, Aristotle named intellect and morality as the main categories of virtue. He further broke them down into 12 important virtues. Each of the virtues is meant to be expressed in moderation, or “the Golden Mean,” as a virtuous person avoids excesses and deficiencies.

Not to be topped by the Greeks, the Chinese offer a set of philosophical virtues for humans to live by as well. Confucius was a Chinese philosopher who emphasized morality and correctness in his teachings. The five Confucian virtues cover:

Both philosophers also clarified that balance between virtues was key. Having too much or not enough of each virtue was undesirable. For example, too little magnificence could lead to pettiness, while too much could lead to vulgarity.

9 Virtues in the Bible

Called the “Fruit of the Spirit,” Galatians 5:22-23 breaks down virtues that are considered gifts for humankind. These gifts are what keep a person moral and just in their thinking. These admirable virtues include:

These virtues are then reiterated throughout several areas in the Bible. For example, peace can be seen in Colossians 3:15, “Let the peace of Christ rule in your hearts, to which indeed you were called in one body; and be thankful.” You can see the virtue of kindness in Proverbs 11:17, “Those who are kind benefit themselves, but the cruel bring ruin on themselves.”

Another religion that clarified important virtues was Sikhism. Sikhism, a monotheistic religion of the 15th century, breaks down the virtues and evils of the world. Sikh virtues include:

When it comes to religious virtues, they’re typically contrasted with sins. Whereas to love is considered a virtue, to hate may be considered a sin. Just like diet and exercise, when you think of virtues, it is important to seek balance.

Virtues have a relationship to your ethics, morals and values. The virtues that you hold are typically based on them.

When you think of virtues, you might think of heroes in books. But, admirable virtues are all around us in everyday people and everyday interactions. It is simply a question of whether you have the integrity to follow yours.