An allusion is a common literary device that calls something to mind without explicitly referencing it. You have likely heard allusions in a book, film or everyday life, or even written some allusion examples yourself without realizing it. 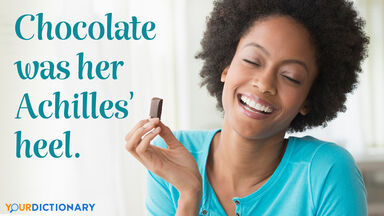 An allusion is a figure of speech that references a person, place, thing, or event. Each of these concepts can be real or imaginary, referring to anything from fiction to folklore to historical events and religious texts. These references can be direct or indirect, but they will often broaden the reader's understanding of the text as a whole. Allusion is a good way to reinforce the message or theme of a work. This rhetorical device allows the writer to offer an example or convey a message without going into a lengthy discourse.

In addition to making allusions in speech, allusion is a common literary device. Allusions are an artful way of telling a story because they allow the writer to avoid bland tones and common, obvious statements in their writing by referencing other literature, historical events or mythology.

In Moby Dick, the 19th-century whaling ship is named Pequod. That might not mean much to us today, but when Moby Dick was published, much of the population would have known about the Native American tribe called the Pequot.

During the Pequot War of 1636-1637, the tribe was nearly driven to extinction. So, to name a ship after a nearly-eradicated group of people can only allude to one thing. Indeed, the whale destroys the Pequod, as well as all the other whaling ships, killing everyone but the narrator.

In Act 3, Scene 4 of this Shakespearean play, the title character, Hamlet, describes a portrait of his late father while alluding to three Greco-Roman gods.

“See what a grade was seated on this brow,
Hyperion’s curls, the front of Jove himself,
An eye like Mars’ to threaten and command …”

In these lines, Shakespeare references:

These allusions not only paint a picture of Hamlet’s father’s appearance, but they also tell us something about what kind of man he was. All the mythological figures cited are powerful, militant and larger than life. This also lends to the audience’s perception of Hamlet’s father as a mythical figure in his own right.

In Fahrenheit 451, Ray Bradbury used allusions to great effect. One strong example is an allusion directed at the character Montag. Montag begins to notice “Cheshire smiles” on the faces of those around him.

“Montag stopped eating … he saw their Cheshire cat smiles burning through the walls of the house.”

This is a nod, or an allusion, to the Cheshire Cat in Lewis Carroll’s Alice’s Adventures in Wonderland, known for its mischievous ways. Because the image of the Cheshire Cat’s smile is so iconic, the reader can envision what Montag is seeing in this scene. At the same time, the reference adds to the reader’s ability to empathize with the character because they understand the unease Montag feels. As you explore the themes of Fahrenheit 451, you'll find numerous examples of allusion.

Without even realizing it, we regularly use allusions in everyday speech. Often, allusions are made to mythical, historical and literary figures.

In everyday speech, the phrase “Achilles’ heel” is often used metaphorically to mean a weakness or vulnerable spot that can lead to downfall.

Chocolate was her Achilles’ heel.

Achilles was a hero in Greek mythology whose mother dipped his body into the River Styx to prevent his death, which made him invulnerable. However, she held him by his heel, so that part of his was still vulnerable and ultimately led to his death after he sustained a wound to his heel.

This refers to the famed theoretical physicist Albert Einstein.

We’ve got an Einstein over here.

Einstein's name has become a catch-all for an exceptionally smart person.

Traditionally, Romeo from William Shakespeare’s Romeo and Juliet is looked upon as one of the most romantic fictional characters in history.

In this example, a wife could be telling her husband he’s wonderful by alluding to this fictional romantic man.

Ebenezer Scrooge is the main character in Charles Dickens’ A Christmas Carol.

He’s such a Scrooge.

At the beginning of the story, he is miserly, cruel and hates Christmas. The name Scrooge is used to describe someone who is greedy or who does not enjoy Christmas.

Cupid is the Roman name for the god of love. In myth, Cupid — also known as Eros in Greek mythology — struck people with his arrow, which made them fall in love with a particular person.

I’ve been struck by Cupid.

The expression “struck by Cupid” alludes to falling in love or being struck by sudden romantic feelings.

The allusion to Pandora’s box is used to refer to doing something that creates problems later on.

This is also a reference to Greek mythology, where Pandora was the first woman. In the myth, she was given many gifts upon her creation, including a jar or box that contained all the evil of the world. When Pandora opened this box out of curiosity, evil was unleashed upon the Earth.

This expression alludes to the novel Catch-22 by Joseph Heller. It refers to a dilemma or paradox with no apparent resolution.

An example of a catch-22 situation is a person who cannot get a job because the jobs require experience, but they need to be hired in order to gain that experience in the first place.

The Bible is one of the most widely studied texts in all of history. As such, it’s gone on to create a mountain of allusions, many of which we hear in our everyday speech.

Allusions are useful literary tools and convey a great deal of information in just a few short words. Discover other ways you can make references and explore the relationship between texts.