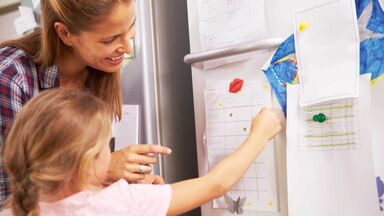 Negative reinforcement is also a tool for reinforcing desired behaviors, but it involves the removal of an undesired stimulus. The idea is that a person is likely to continue certain desired behaviors if doing so means that the individual is able to avoid a consequence that he or she does not want. There are many behavioral perspective examples of negative reinforcement.

Punishment is about eliminating behaviors, not reinforcing them. This could involve taking away something the person wants, which is negative punishment. Or, it could involve administering a negative consequence, which is positive punishment. Ultimately, the individual should learn that they need to stop doing the behavior in order to prevent a consequence that they don't want.

These examples of positive and negative reinforcement and punishment illustrate behaviorism in action. Review some operant conditioning examples to learn more about behavioral psychology. Then, take a deeper dive into psychology by learning about cognitive psychology and how it's used.