The term "body language" refers to the gestures a person’s face or body gives as an aid to communication. These clues can be intentional or unintentional and positive or negative. 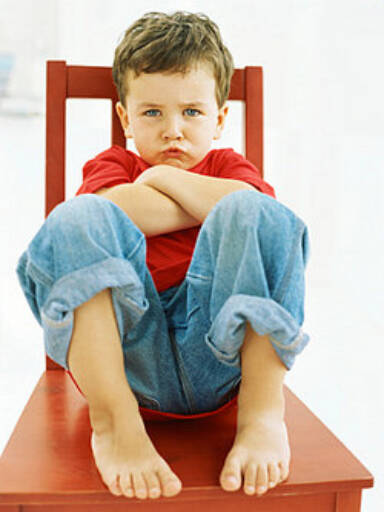 Angry boy crossing his arms as examples of body language

Head Tilted to One Side

A tilted head demonstrates that a person is listening keenly, or is interested in what is being communicated.

This is a way of communicating that an individual is excited for something or is waiting in anticipation. It can also indicate being cold, so be mindful of the setting.

Standing Straight With Shoulders Back

This position shows that a person is feeling confident of himself or herself. It is often accompanied with walking at a brisk stride. Your stance should feel relaxed, yet tall and not rigid.

Stroking Your Chin or Beard

When one strokes the chin, he or she is communicating deep thought. Such a motion is often used unintentionally when an individual is trying to come to a decision about a matter. It indicates thoughtfulness and interest.

When you want to get closer to someone because you like them, trust them, or are interested in them, you tend to lean your whole body in their direction. For this message to get sent to the person you're speaking with, it’s important not to overlean and invade their space.

Looking someone directly in the eye shows that you are confident and you trust that person. Unwavering direct eye contact can read as creepy or scary, so make eye contact when it’s necessary and take moments to look away or make indirect eye contact to keep it positive.

A simple way to show that you’re listening and agreeable is to nod in acknowledgement of good points or questions that don’t require a verbal answer. Smiling while you nod makes this action even more positive.

A firm, but not painful, handshake indicates self-confidence and respect. If you reach out for the handshake first, it signals your interest.

Arms Crossed Over the Chest

This example of body language can indicate that a person is being defensive. It can also demonstrate that the individual with crossed arms disagrees with the opinions or actions of other individuals with whom they are communicating.

Nail biting is a type of habit that can demonstrate stress, nervousness, or insecurity. Oftentimes, people bite their nails without even realizing it.

This example of body language can indicate that a person is lost in thought, or is considering something. Sometimes when the hand is on the cheek, it is accompanied by a furrowed brow, which further demonstrates deep concentration. A person this lost in thought is not paying attention anymore.

Finger-tapping demonstrates that a person is growing impatient or tired of waiting. It’s a sign of boredom.

When someone touches or rubs their nose, it can signify a number of things. It can be a signal of disbelief or rejection, and it can also demonstrate that an individual is being untruthful about what they are saying.

Placing Your Fingertips Together

"Steepling" of the fingers, or placing the tips of them together, is a demonstration of control and authority. This type of body language can be used by bosses or authority figures to subtly demonstrate that they are running things.

The head in hands move can demonstrate boredom, or it might show that a person is upset or ashamed and does not want to show their face.

When the ankles are locked together, either while standing or seated, it can communicate nervousness or apprehension.

People often pull the lobes of one of their ears when they are attempting to make a decision but remain indecisive. This motion demonstrates the inability to come to a conclusion.

When a person stands with their hands crossed in front of their genitals, it can symbolize being uneasy or introverted. It’s called the fig leaf pose because it resembles the look of wearing a fig leaf to cover genitals like in the Bible.

Fidgeting With Hand or Arm Accessories

When people are nervous or insecure, they might play with rings, watches, or bracelets as a way to shield their bodies without crossing their arms. This can also be a sign of boredom.

Sitting on the Edge of Your Seat

There’s a reason this has become a phrase meaning “to be in suspense.” When you sit at the edge of your seat, it signals that you are physically or mentally on edge.

Every part of your body from your eyebrows to your foot position can send a message to others, whether you mean to or not. While it’s important to be yourself on most occasions, it’s also important to understand multiple types of nonverbal communication and what’s acceptable in certain situations, such as in professional settings.

Reading people’s body language is not an exact science. You have to account for things like individual personality or beliefs, the setting, and the circumstances surrounding the communication. You can use these examples as general guidelines.

What Is Your Body Saying?

Paying attention to your body language and the body language of others can improve your personal communication skills. Now that you know about these examples, you can be on the lookout for people using body language in your everyday interactions. Ask trusted friends and family members to share which positive and negative displays of body language you use most often.