50+ Examples of Cliches: Meaning and Origin

Have you ever head anyone say, "Ugh, that's such a cliché,"? Clichés are terms, phrases, or even ideas that, upon their inception, may have been striking and thought-provoking but became unoriginal through repetition and overuse. Popularity made them seem trite, turning them into what we now know as clichés. You will recognize many of the examples of clichés below.

As the French poet Gérard de Nerval said, "The first man who compared a woman to a rose was a poet, the second, an imbecile." 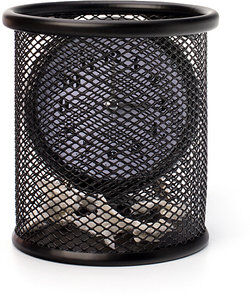 clock in a trash can
Advertisement

Origin of the Word Cliché

The word cliché has French origins, which is why you'll often see it with an accent over the "e," but you can also write it as "cliche" in English. When printing presses were used, the cast iron plate that reproduced the words, phrases, or images was called a stereotype. The noise that casting plate made sounded like “cliché,” meaning click, to French printers, so this onomatopoeia word became printer’s jargon for the stereotype. Thus, cliché came to mean a word or phrase that gets repeated often.

For example, the cliché, “any port in a storm" has a hidden meaning. The obvious meaning is that, in a bad situation, any help will do. However, this cliché may also be used when talking about someone who has many lovers.

Further context is needed to understand if the speaker is saying this to complain or brag. "Do you think I'm made of money?" implies you don't have any money. "It's like I'm made of money," may imply that you have tons of money. We'd have to be engaged in conversation with the speaker, or be able to read further, to completely understand the meaning of this line.

Not all clichés are necessarily true either. Some are a matter of interpretation.

As we've seen, some clichés are cut and dried like, "He has nerves of steel." Others remain open to interpretation. As time goes on, you may interpret them differently, come to accept or reject their meanings, and perhaps, even create a few clichés of your own.

Idioms are figurative phrases with an implied meaning; the phrase is not to be taken literally. An example of an idiom is, “having a chip on your shoulder." That means you think you're better than everyone else (not that you actually have a chip of something on your shoulder).

Clichés are often idioms. This makes clichés difficult to translate into other languages because their meaning won't always be understood by people from different cultures.

Idioms are either opaque or transparent:

As a brief phrase that implies a lot an idiom can become a cliché if it's used often enough, such as “it’s raining cats and dogs.” Its meaning will catch on and propel itself forward, much like any other cliché we use today.

Have Fun with Clichés

In the end, have some fun with clichés — they are easily recognized and understood — but use them sparingly. The first conclusion people jump to when they read too many clichés is that the writer is unoriginal. While that may not true, you don't want to set yourself up to be knocked down.

You might have a great cliché in mind because its meaning rings true for you, such as, "time heals all wound." If that's an idea you want to work with, try to find your own, unique way of conveying that meaning without recycling words that have been used a million times over.