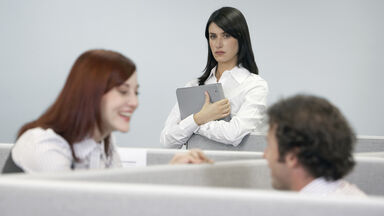 What Are Character Flaws?

You’ll notice characters in books are full of flaws, even the seemingly flawless ones. Without those flaws to make heroes and villains likable or relatable, you wouldn’t read a story. In literature, a character flaw is an undesirable trait to their personality. Character flaws come in different types.

Addiction is another common plot device used to move a story forward or create conflict in the character’s life. While sometimes, the book is about the main character overcoming addiction, other stories have a character with both addictive and abusive tendencies. This is true of the character Daddy in Salvage the Bones by Jesmyn Ward.

Pride is a big one when it comes to character flaws. In Greek Mythology and William Shakespeare works, this often leads to a character’s death. Look no further than Macbeth to see a character with excessive pride. His excessive pride led to his downfall.

Fears can rule our lives. From fear of death to a spider phobia, fear can make an interesting character flaw. This is especially true when it comes to overcoming it. When thinking of fear in a character, you might think of Piglet in Winnie-the-Pooh. Not only is he fearful, but his fears and anxieties sometimes take over. However, Pooh is always there to calm him down.

Greed drives a character to commit all kinds of atrocities in the world. In the world of literature, one famous greedy character is Ebenezer Scrooge from A Christmas Carol. His greed defines him in the beginning, but through his time spent with the ghosts, Scrooge is able to see the error of his ways.

Jealousy can often make you do stupid things. For example, being jealous of one’s significant other has even led some literary characters to commit murder. Look no further than Othello’s jealousy in William Shakespeare’s Othello. Othello murders his wife because of this trait.

While incompetence can be a fatal character flaw, it can add humor to a work. Think of Jar Jar Binks in the Star Wars series; he’s definitely incompetent in many ways but adds comedic relief nonetheless. A famous character in literature with incompetence is Peregrin (Pippin) Took in The Fellowship of the Rings. He’s a young and foolish Hobbit, making him incompetent at many tasks. However, he also becomes an underdog you root for.

What makes a good villain? Well, a lust for power, of course. A famous villain with a lust for power in The Mockingjay by Suzanne Collins is Alma Coin. Her lust for power causes her to create the same problems as the previous leader, President Snow. It also leads to her death.

Rebels can start a great story. For example, Divergent’s Tris knows she’s different. And while she should join the Abnegation faction like the rest of her family, she rebels to join Dauntless instead. Without this rebellious streak, the story wouldn’t exist.

Vain characters can easily have you rolling your eyes. With their puffed-up chests, they don’t see exactly how weak they might be. Take for instance, Mr. Collins from Pride and Prejudice. He only cares about what others think of him and talks about it incessantly. He’s so vain he can’t even begin to understand why Elizabeth would refuse him.

It’s important for a character to have some flaws. Therefore, they can not only stand out, but grow and change throughout a story. Keep your character exploration going by looking at examples of personality traits.