Examples of Conceit in Literature

Go beyond allegory and alliteration in your poetry. Try using metaphors in a new and exciting way by creating a conceit. Commonly used in 14th to 17th century literature, this literary device uses drastic comparison to make powerful metaphors. Find out how famous writers like John Donne and William Shakespeare used conceit to really bring their writing to life. 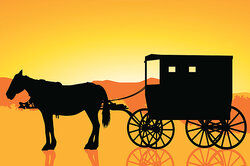 Examples of Conceit in Literature
Advertisement

What Is a Conceit?

Much like a builder with a hammer, writers use different tools to set the tone or mood of a piece. A conceit is one such device. Popular in Renaissance literature, a conceit is a cross between a metaphor or a simile. Like a metaphor, a conceit makes a comparison, but the objects are very dissimilar. This ingenious wordplay could make you think about something in a new way.

Function of Conceit in Literature

Conceits usually demand your attention because the comparison seems so farfetched. For example, "A broken heart is like a damaged clock."

The difference between a broken heart and a damaged clock is unconventional, but once you think about it, you can see the connection. Both a broken clock and a broken heart seem to stop, but both can be mended with time.

Historically, conceits are unique because they weren't just one line or phrase but rather a whole poem or section of a work. These literary devices come in two types: a Petrarchan and metaphysical conceit.

Named after the Italian poet Petrarch, a Petrarchan conceit is typically found in poems about lamented love, common in Renaissance writing.

In these works of art, the writer uses an unlikely connection between a natural element and a lover. For example, "Roses danced in the apples of her cheeks" or, "Her eyes shined brighter than the moon." Petrarchan conceits show you the beauty and grace of their love through magnanimous comparisons. Explore these advanced metaphors used in poems.

Her cheeks like apples which the sun hath rudded,

In "Epithalamion," it is easy to see how the conceit was used to discuss features of his love. Not only were her eyes compared to sapphires but her skin to ivory, her cheeks to apples and her lips to cherries. In addition to showcasing her beauty, Spenser is making his love appear succulent and mouth-watering as well.

Coral is far more red than her lips' red;

If snow be white, why then her breasts are dun;

If hairs be wires, black wires grow on her head.

I have seen roses damasked, red and white,

But no such roses see I in her cheeks;

In "Sonnet 130," Shakespeare mocks poetry conceits that were getting a little out of hand at the time. The comparison of his lover is definitely not to her advantage. Rather than saying, "My mistress' eyes are like the sun," Shakespeare takes the opposite stance on the cliché saying they are "nothing like the sun."

Not only does he make his lover sound downright haggard, but he pokes fun at conceits that were getting overused and overblown. Shakespeare's mockery was so effective, it's still laughable to this day.

While Petrarchan conceits are pretty straightforward, metaphysical conceits are harder to identify. These conceits use complex logic to make an un unlikely comparison between the world and a person or concept.

Associated with metaphysical poets like John Donne, metaphysical conceits might take a complicated topic like lover's souls and compare them to a compass. While the comparison might seem absurd, the legs of a compass can never truly part, just like a lovers' souls.

Explore some other fun examples of metaphysical conceit.

The Flea by John Donne

Where we almost, nay more than married are.

This flea is you and I, and this

Our marriage bed, and marriage temple is;

Though parents grudge, and you, w'are met,

And cloistered in these living walls of jet.

"The Flea" is a perfect example of a metaphysical conceit. The entire poem itself uses a flea bite as a way to talk a lover into a sexual relationship. Donne uses creative and complex analogies to compare their sexual union to the bite of a flea. Since their blood already mixed in the flea, they are already connected like they would be in a sexual union.

Sleep that knits up the ravell'd sleeve of care,

The death of each day's life, sore labour's bath,

Unlike "The Flea," in which the entire poem is a metaphysical conceit, "Macbeth" uses metaphysical conceits throughout. For example, in act 2, scene 2, sleep is compared to death, a bath and a second course. This works to excite the reader and draw your attention to Macbeth's conscience and how he is disturbed by the murders he committed.

The Love Song of J. Alfred Prufrock by T.S. Eliot

When the evening is spread out against the sky

In more modern poetry, metaphysical conceits have become condensed like in "The Love Song of J. Alfred Prufrock." In his opening line, Eliot uses the conceit to create a shocking image of night sky compared to a person strapped to a table and waiting for surgery. It is a very stark and bold contrast that jars the reader. The conceit becomes even more bold when you compare it to the title, since it is supposed to be a love song.

Because I Could Not Stop for Death by Emily Dickinson

Because I could not stop for Death -

He kindly stopped for me -

The Carriage held but just Ourselves -

We slowly drove - He knew no haste

And I had put away

My labor and my leisure too,

The entire poem is a conceit in "I Could Not Stop for Death." Dickinson is using a carriage ride to describe a person dying. Through colorful language and unique metaphors, Dickinson describes the slowness of old age through the slowness of the carriage. She also showcases death like the setting of the sun. The poem ends with the carriage stopping at a house, which is "a'swelling in the ground," or their grave.

Conceits can be used in all different types of poetry, but are more commonly found in metaphysical and Renaissance poetry. This literary call to action can really garner a reader's attention because the comparison being made is so strange. Try your hand at conceits when writing out the character traits of your lamented love or even when writing your whole love poem.