Sometimes, when we read a given portion of text, we’re not entirely sure what’s going on. This is where context clues come in. Context clues provide further information about a word or phrase that helps readers understand its meaning. These clues offer insight - either directly or indirectly - into the portion of text that’s difficult to understand. Let’s explore various examples of context clues to see how they work. 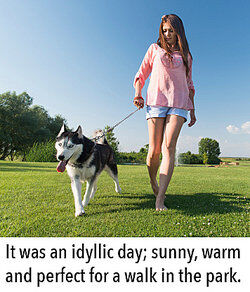 The most basic, and perhaps helpful, type of context clues are synonyms. If you can’t decipher a meaning, adding a few synonyms, or words with similar meanings, is a surefire way to point to a word’s meaning. Let’s take a look at a few examples:

A synonym is one way to understand meaning. But, how about a straightforward definition? It’s hard to misconstrue a context clue when the actual definition is provided. Here are a few examples:

Has a friend or family member ever asked you to just come right out with it? Sometimes, readers don’t want to search for your meaning. Instead, if you provide a bigger picture and offer added detail or context, the reader will come to understand the tricky word. Here are some examples:

Even the most esteemed intellectuals have to look up a word from time to time. However, in the moments when we don’t have access to our cell phones or laptops, a couple strong context clues might help us understand a given line’s meaning.

In the meantime, there are a couple ways to ward off your uncertainty surrounding new words or phrases. Make it a goal to increase your vocabulary. These tips will help you set sail on a lifetime of learning.