Courage comes in many shapes, sizes and forms. While racing into a burning building to save lives and helping out a person who is being robbed are certainly courageous and admirable acts, even smaller occurrences can count as acts of courage. 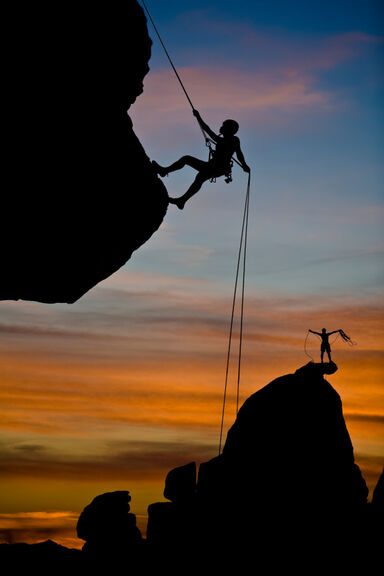 Person using ropes to rock climb as examples of courage

For example, confronting a bully or asking out a secret crush out on a date both require certain levels of bravery. Therefore, acts full of courage can happen on the grand scale, but also on the smaller, day to day life level.

Whether through pop culture, the media or simply living in a world where people have to be brave and face obstacles, you'll probably find yourself familiar with some of the following acts of courage:

These acts, and similar acts, demand great deals of courage. Many of these people put themselves in harm's way in order to do what is right.

Courage on a Daily Basis

Not all acts of courage need to be known worldwide to be defined as brave. Here are some examples of ways to be courageous in daily life.

Engaging in small acts such as the ones mentioned above can eventually lead you down the road toward more global acts of courage. Simply getting involved with a volunteer opportunity at the local level can open doors to bigger projects involving human rights or rescue opportunities.