A dictatorship is an authoritarian type of office or government where there is absolute control by one person. In other words, the dictator has total power and rules everything. Explore these examples of some well-known dictatorship countries throughout history. 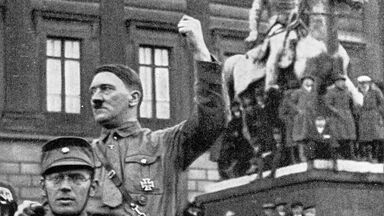 What Is a Dictatorship?

Dictatorships are all about total power. However, a dictator doesn’t call themselves a dictator. They might be a president, prime minister, king, or even parliament; however, this person or small group has totalitarian rule over the country. The key factor of a dictatorship is that the dictator is typically cruel to a people group or does not meet the needs of their country.

Dictatorships might happen non-violently, like how Hitler took over Germany with the “Enable Act” followed by the “Reichstag Fire Decree”. Most dictatorships, however, happen by force. For example, when a military dictatorship, junta, takes over a country.

Now that you know how a dictatorship happens, explore a few famous ones from around the world.

Throughout history, there have been several different dictatorships that have sprung up. Explore a few famous dictatorships, including where they were, time, and the dictator that ruled.

Dictatorships don’t end in Europe. There have been several throughout history in Asia too. Some are even still going strong. Explore Asian dictatorships.

Among Africans past and present, you’ll find a smattering of dictatorships. Explore a few of the famous ones.

Dictatorships in the Americas

Last, but certainly not least, check out some of the dictators that have been in the Americas.

While a dictatorship and an autocracy might sound similar, they have some very distinct differences. While both have a single leader, autocracies are typically passed down through family lines. Additionally, an autocratic leader holds the supreme power but does not typically wield it in an oppressive manner.

A dictator, on the other hand, usually oppresses the people and is generally punished when their dictatorship has been overthrown. While not a requirement, most dictators have a high rank in the military.

Dictatorships Around the World

While you might have thought that dictatorships were a thing of the past, dictatorships have, and do, exist throughout the world and throughout history. Interested in finding out more about types of government? You might look through examples of federalism or even theocratic government examples.