15 Examples of Diffusion in Real Life

Here are several real-world, practical examples of diffusion from everyday life. That’s what science is! 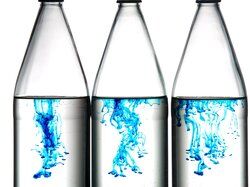 Being a universal physical phenomenon, diffusion happens all over daily life. Here are a few notable examples.

Ever notice how helium balloons slowly lose their lift? That’s because the helium is gradually diffusing from a helium-rich environment inside the balloon to the helium-poor environment of the outside air.

A drop of food coloring in a glass of watercolors the water through diffusion. The dye molecules slowly spread evenly through the liquid, creating one particular shade.

When perfume (or air freshener, cigarette smoke, or just about any other strongly scented substance) is produced in one part of a room, it spreads to the rest through diffusion. There are fewer of the scent-producing chemicals in the further parts of the room, so the molecules naturally spread out.

Sodas go flat through diffusion. Air has a lower concentration of that bubbly carbon dioxide than the drink does, so the CO2 molecules depart the beverage and spread into the air.

Stirring loose tea leaves into hot water (using a teabag includes osmosis as water flows into the teabag) causes the chemicals that make tea to diffuse into the water, producing the all-important beverage.

Diffusion in the Human Body

Let’s be clear: diffusion runs your body. If it stopped, so would you. Here are five reasons why diffusion is vital in our biology.

Take a deep breath and thank diffusion, because oxygen only gets into your bloodstream when the O2 molecules you breathe in diffuse into deoxygenated blood. Breathing in and out is a mechanical action, not diffusion, but the oxygen actually enters your bloodstream through diffusion.

Calcium isn’t just for bones. It is vital for all sorts of physical functions, including sending nerve signals and making muscles move. When there’s not enough calcium in your bloodstream, your thyroid gland secretes a chemical causing your bones to release calcium, which then diffuses into your blood and solves the problem.

It’s hard to get excited about kidneys, but you really do need the things. Kidneys filter dangerous chemicals from your bloodstream through microscopic tubes called nephrons. Nephrons separate blood from waste chemicals and toxins, then reabsorb the water and nutrients in the blood through diffusion. The rest goes through the bladder and out.

Your liver does all sorts of interesting things, but at the top of the list, it synthesizes proteins. You need those. Your body is made of them. In the process, it produces a potentially dangerous waste product called urea. Thankfully for you and your liver, the urea then diffuses into the bloodstream just upstream of your aforementioned kidneys, where it’s filtered out.

Being largely made up of water, the human body is in a constant state of diffusing water from one place to another. In fact, the process is so constant and complex that MRIs sometimes focus solely on water diffusion in the body to track and diagnose illnesses.

Diffusion is one of the engines that run the natural world. As a universal physical phenomenon, a vast number of natural processes rely on diffusion.

Not one of the nicer forms of diffusion, but here we are. Air in its natural state consists of approximately 78% nitrogen, 21% oxygen, 1% argon, 0.04% carbon dioxide and trace amounts of other gases. Many agricultural, industrial and mechanical processes rely on the ability to produce other stuff as waste. That waste diffuses into the air and consequences ensue.

An alloy is a combination of either two or more metals, or a metal and one or more elements. Most are man-made, used for everything from steel skyscrapers to amalgam tooth fillings. Some, however, occur naturally.

These come about through long-term exposure of a metal to a different substance and, you guessed it, diffusion. Atoms diffuse into gaps in the atomic structure or fill the spaces the structure naturally creates. Naturally occurring alloys like this include chromite, an iron-chromium alloy important to the production of stainless steel, and electrum, a gold-silver alloy used to make the first coins.

Sounds fancy, right? It just means that the motion is happening inside one cell, rather than between several. Notably, diffusion takes place when a new chemical enters a cell’s cytosol, the fluid part of a cell’s insides. After new molecules enter a cell, they diffuse evenly through the cytosol.

Note that they don’t enter the cell through diffusion; again, that’s osmosis.

Specifically, leaves at night. During the day, plants breathe in carbon dioxide and breathe out oxygen through osmosis, which opens and closes stomata, the small holes in the leaf’s surface. At night, however, the stomata simply remain open and CO2 enters the plant through diffusion.

Diffusion in the World

It might be more accurate to say “diffusion is the world.” Diffusion is a fundamental factor in just about every natural and man-made process. Understanding what it is and how it works is a big step toward understanding the world around you.

Another type of diffusion you'll find in the world is cultural diffusion. In our article, Examples of Cultural Diffusion we illustrate how horizons are broadened and people become more culturally rich through the spread of different beliefs, activities, and even food.

Ready for a little fun now? Try weaving these science idioms into your everyday speech, and watch as your humor diffuses into the conversation!