The Hero’s Journey: Examples of Each Stage

Mythology can be simultaneously fascinating and complex. Intrigued by these legendary tales, author Joseph Campbell studied myths and made the famous claim that nearly all myths and some other story types have similar ideas, and the heroes' adventures are almost identical in their format. The different stages of adventure he identified have come to be called the hero's journey. Explore the stages of a hero's journey and hero's journey examples. 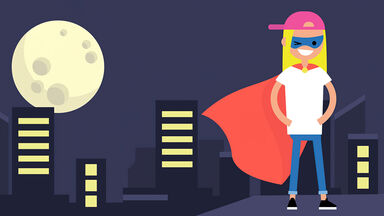 Stages of the Hero's Journey

There are multiple steps to the hero's journey, and each step falls into one of three stages.

In his book, The Hero with a Thousand Faces, Joesph Campbell broke down the 17 steps of the hero's journey.

Test your understanding of the 12 steps of the hero's journey with this guided worksheet.

This concept of the hero's journey is one that has gained much praise and consideration of worth in the literary community. This classic formula for an epic tale has been around for a long time, and it’s satisfying to readers and viewers today. You’ll recognize it in many of the most famous stories, including Ancient Greek mythology.

In the Greek classic The Odyssey, the hero Odysseus must also go on a hero’s journey.

The Old English poem Beowulf is a great example of the hero’s journey. You’ll recognize the following stages:

Professionals, such as Christopher Vogler, even use the hero's journey in the creation of Disney classics. Here is a step-by-step outline of how the hero in the Disney movie Lilo and Stitch follows this journey:

The hero's journey can be found in all genres of literature including mystery, science fiction, thriller, romance, and historical fiction. Learning to recognize this important literary element helps you gain a deeper understanding of the stories you read and experience.