Epigrams can be hard to find because they have a very broad definition. What one person considers an epigram, another may consider an elegy, poem, or perhaps even a song. 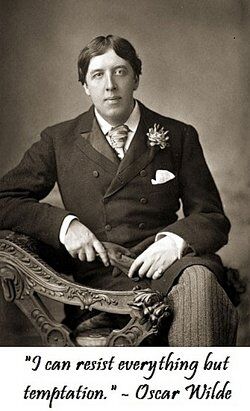 Oscar Wilde as examples of epigrams

The most basic definition of an epigram is a brief, clever, and memorable statement. Some of them are formulated with satirical purposes in mind, and others are purposely meant to be confusing.

For example, John Donne uses an epigram in his poem "Hero and Leander" when he writes:

"Both robb'd of air, we both lie in one ground

Both whom one fire had burnt, one water drown'd."

While there is certainly no apparent humor in this poem, there is a contradiction. How could two people die by both fire and water? Examining the other uses and purposes of epigrams helps to answer that question.

Epigrams most commonly appear in poetry. Some very famous writers throughout history have used them in their writings.

Perhaps most well known for his plays, Shakespeare also published a vast number of sonnets. The last four lines of Sonnet 76, a part of the Fair Youth sequence, has quite a number of epigrams for such few lines. The Faith Youth sequence refers to a selection of Shakespeare's sonnets that some scholars believe were written to a young man for which Shakespeare had romantic feelings. The last two couplets of the sonnet read as follows:

So all my best is dressing old words new,

Spending again what is already spent:

For as the sun is daily new and old,

So is my love still telling what is told.

Those four lines are packed with epigrams. Twice he refers to items and ideas as being both old and new at the same time, and he states that he is spending something that has already been spent. The purpose is to show his confusion with the lover, and perhaps about his own feelings regarding his sexuality, as some scholars will suggest.

Well known by anyone studying religious poetry, Blake wrote about some almost existential concepts for his day, including his poems "The Tyger" and "The Lamb" where he questions whether the same God could have possibly made the gentle lamb and the ferocious tiger.

His "Augueries of Innocence" included quotations that became quite popular, and packed a great deal of punch and emphasis within them. The lines

"To see a world in a grain of sand,

And a heaven in a wild flower,

Hold infinity in the palm of your hand,

And eternity in an hour"

are short enough to remember, yet their message could relate to any number of situations. A perfect example of their resonance is the fact that they were spoken by Lara Croft in the film Lara Croft: Tomb Rader.

Not all epigrams are parts of larger works. Some stand by themsleves, although they are still considered poetry because of their schematic form.

Although these are epigrams, they will commonly be referred to as quotations.

Epigrams Not Found in Poetry

Brief epigrams could be considered quotations; however, there are other examples that are completely not in the field of poetry at all. For example, Lara Croft was using a poetical device; however, she was using it in the context of a movie.

Compiling a list of all the non poetic epigrams is difficult, if not impossible, because any witty saying can be considered to be one.

Purpose of the Epigram

Clearly, the reasons for using epigrams are plentiful.

Many of them, whether through humor or blatant statements, are making a commentary on some sort of issue, whether it be political, social, religious, or just about day-to-day life.

History of the Epigram

Greeks began the tradition of using epigrams, often in memory of deceased loved ones. Therefore, the elegy and the epigram are closely linked, and in ancient times, the distinction was not so great as it is today.

Epigrams were often much lengthier than a simple line or two. Additionally, the Greeks did not always use the tools of satire, comedy, and twists that have become a popular trademark of the epigram today.

The Latin poet, Martialis, who died in the beginning of the second century A.D., became the model for later European and American versions of the epigram. He is the one who added the different tone to the genre, as he was influenced by his contemporary Juvenal, a Roman poet most known for his work in the satirical arts.