Exposition can be seen in music, films, television shows, plays, and written text. It is the writer's opportunity to give background information to the reader or listener about the setting, establish the theme, and introduce the characters. Find out more about what exposition is, its purpose, and examples of exposition in literature, film, television, and music. 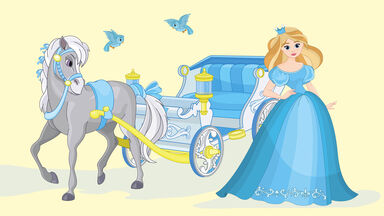 Cinderella as an example of Exposition
Advertisement

Definition and Purpose of Exposition

Have you ever seen an exposition? If you’ve read a book or listened to a song, it is very likely you have. An exposition is how the writer or composer tells you what is happening. It is usually the first section that sets the setting, background, and characters of a piece.

Now that you know the definition, look at the purpose of exposition.

Exposition is important because it helps to ground you within the work and give you your bearings. Not only does it provide clarity on characters and time, it helps the reader or listener to orient themself within the work. Without an exposition, readers, viewers, and listeners would be confused as to what is happening and why.

The word "exposition" comes from the Latin and means "to place." It informs, describes, and explains. Regardless of the type of exposition you write, the writing needs to be concise and easy to understand.

There are several types of exposition:

The U.S. flag consists of thirteen alternating stripes of red and blue, representing the 13 original states. In the top left of the flag, there is a field of blue with fifty stars, one for each state.

The alligator has a u-shaped, round snout and tends to live in freshwater swamps and streams. The crocodile has a long, v-shaped nose and can live in saltier waters as well as freshwater habitats.

The Civil War was caused because of conflicts between states on the subjects of states' rights and slavery. Before the war, the southern states relied on slaves to plant and harvest the crops. These southern states wanted to make decisions separate from the northern states and banded together as The Confederates, threatening to leave the U.S. The northern soldiers were victorious in the Civil War, reestablishing that states in the South had to confirm to U.S. laws, including the abolishment of slavery.

Example from Mark Brake from Newsweek:

“We buried my cousin last summer. He was 32 when he hanged himself from a closet coat rack in the throes of alcoholism, the fourth of my blood relatives to die prematurely from this deadly disease. If America issued drinking licenses, those four men—including my father, who died at 54 of liver failure—might be alive today."

The timeline of the Civil War included these key timeframes:

1600s - States begin to adopt laws regarding slavery that are appropriate for their individual states.

1700s - Some states are beginning to express thoughts that slavery should be abolished.

1800s - Rebellion starts against slavery with seven states threatening to secede from the U.S. Lincoln was inaugurated. The Civil War began, which the North eventually won.

Examples of Exposition in Literature and Movies

Now that you’ve explored the different types of exposition, check out a few different examples that are found in literature and movies.

While exposition is found in a lot of great movies, one of the best examples is offered by George Lucas through the Star Wars franchise. In the opening of the film, you see a crawl that starts like:

A long time ago in a galaxy far, far away…

Fairy tales are also another great place to find an example of exposition. Check out this excerpt from Cinderella.

Once upon a time, there lived a gentleman who, after his beautiful and kind wife died, married the proudest and meanest woman in all the lands. She had two daughters from a previous marriage who were just as nasty and haughty as their mother.

The gentleman (by his first wife) also had a young daughter named Cinderella, who was filled with goodness and was one of the sweetest girls the kingdom had ever seen.

Looking for another literary example? Then look no further than your favorite fantasy. Dive into this example from Harry Potter and the Goblet of Fire.

Harry had been a year old the night that Voldemort--the most powerful Dark wizard for a century, a wizard who had been gaining power steadily for eleven years--arrived at his house and killed his father and mother. Voldemort had then turned his wand on Harry; he had performed the curse that had disposed of many full-grown witches and wizards in his steady rise to power--and, incredibly, it had not worked.

Exposition: The Way to Step into the Story

Exposition gives the reader or listener the full spectrum of the story. By adding more details, the writer can open the door and let the reader fully step into the story or the music. Now that you have exposition down to a science, you might want to learn about essays through examples. Whether you are writing an argumentative essay or narrative one, it is always good to know the different types.