Idioms are some of the most difficult parts of a language for a foreigner to learn when attempting to grasp a new foreign language. Idioms are an important part of the language since they have a strong relation to the culture of the land. Learn Filipino idioms and how to use them in conversation. 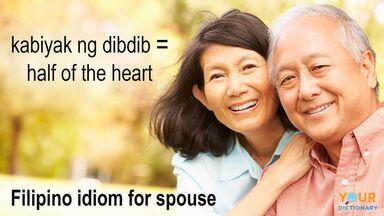 What Is an Idiom?

An idiom is a phrase with a different meaning from the literal meaning of the phrase. In English a few examples of idioms are:

Tagalog is one of the many languages spoken in the Philippines. The following are examples of Filipino idioms shown as a list of Tagalog phrases along with the literal meaning and the colloquial meaning of each.

Many of the idioms make no sense when translated literally, but many have been associated with a particular trait or characteristic that may be exhibited by a person. Some of the idioms, such as the ones for spouse and father or mother are a romanticized view of the person's status.

In addition to Tagalog, you can find other languages used throughout the Philippines like Cebuano and Ilocano. Explore common Filipino idioms and expressions in these Filipino languages.