Globalization is growth on a worldwide scale. It is the process of integration and international influence of economies and cultures. In the examples of globalization below, you'll see that it's not only an exchange of goods, but also an exchange of ideas and even anti-terrorist protections. The more technology advances and the more transportation improves, the more global outlets are revealed. Let's take a look at the many ways in which the world is advanced by methods of globalization. 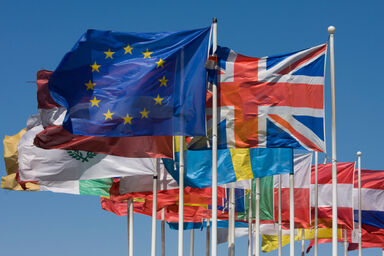 Interdependence among international economies is a great starting point when seeking an understanding of globalization. A greater number of goods can be exchanged and production methods can be improved. Here are some examples:

Globalization in the Blending of Cultures

While world economies benefit from globalization, the spread of new cultures is equally encouraging. Let's take a look at some of the more personal benefits of globalization.

It's easy to argue that technology is a vehicle to globalization. The ability to access mountains of information online has opened countless doors. Here are some examples of globalization, brought to us by the gift of technology:

Although technology, transportation, and the arts are major motivators within the vehicle of globalization, there are other enjoyable components too, from international sports to relief groups like the Red Cross. Here are a few closing examples:

It's hard to see any cons to a globalized world. People become more educated. Goods are exchanged farther and wider than ever before, fostering an appreciation for cultures that are several thousand miles away. All of this is driven by technology, transportation, and cooperation amongst international officials.

If you take the example of a t-shirt sold in the United States, but assembled in Thailand, you might wonder if that was a job an American could have fulfilled. In some ways, developed countries may lose some of their workforce. Then, there are tax issues. Goods sold in Europe come with value added taxes (VATs) that can put an expensive price tag on an imported item.

Still, when you consider benefits like online learning, constant communication, and a world of knowledge at our fingertips, globalization has a lot more gold than silver. For more on that, enjoy these Examples of Culture.