Greed is a desire to have more of something than you need. We learned in Dickens' A Christmas Carol that greed is a bad thing and that being stingy with money or possessions is unkind. Greed doesn't just have to do with money. Consider these examples of greed.

Unfortunately, in today's world, there are many examples of greed that exist including:

These are some real-world examples of greedy companies and individuals that put their own desire for wealth and possessions ahead of the needs of others.

Other Examples of Greed

Greed often has to do with wanting lots of money or material wealth, but it doesn't necessarily only relate to money. Any time someone wants more than their fair share or has a strong desire to accumulate something, especially at the expense of others or if there is only so much to go around, this can be considered an example of greed.

Some examples of greed that don't include money are:

These are all examples of greedy behavior. Any decision to take from others or to enrich yourself at the expense of others is an example of greed and is something that should be avoided at all costs. 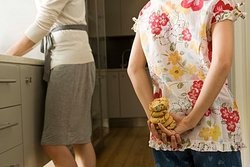