The legends of Greek mythology have withstood the test of time. From the beginnings of antiquity to the present, many examples of Greek myths have managed to filter down into modern society. 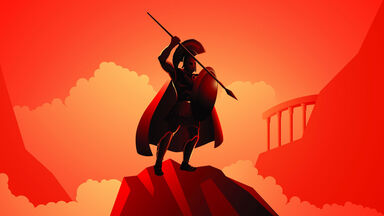 Arguably, Greek mythology is the most widely studied of all mythologies. They wrote such vast and colorful volumes, that much of it found its way into western and, now, popular culture.

As we know, a myth is a traditional story without an author that is usually intended to teach a lesson, explain one of the mysteries of life, explain a phenomenon of nature, or record the customs of a people.

Even our ancient ancestors contemplated the creation of earth, natural disasters, flaws in humanity, death and dying, and love. However, they didn't have the science, philosophy, or technology to explain these concepts.

Perhaps another reason why Greek mythology stands as the most widely studied is because the word 'myth' is literally derived from the Greek language. 'Mythos' is Greek for 'story'. Here we are today, still poring over ancient myths and their meanings.

It's not only fascinating to understand how ancient cultures made sense of various phenomena. It's also interesting to dissect the waterfalls of symbolism that lie within each mythological tale. The cast of Greek gods and creatures, from Aphrodite to Zeus, from centaurs to cyclopes, is huge so let's take a look at some of the most well-known examples of Greek mythology.

Ares is the God of War, representing the violence and aggression of battle. He was hated and feared because of the death and destruction he caused with his sons, Phobos (Fear) and Deimos (Terror). Not even his own parents, Zeus and Hera, approved of him.

The universe was initially chaos and, from that chaos, Gaia (Earth), Nyx (Night), and Hemera (Day) were born. Uranus, the sky, was the first god who had 12 powerful children called Titans with Gaia. One of them, Kronos, eventually overthrew Uranus to become ruler.

Hercules (known in Greek as Herakles) was a demi-god, a son of Zeus. He is known for his many adventures completing the 12 labors set by Eurystheus, such as his defeat of the nine-headed Hydra, capturing the Erymanthian Boar, bringing back Cerberus from the underworld, and stealing cattle from the fearsome monster Geryon.

Myth of Jason and the Argonauts

Jason was a hero and a charming man who was handy with a sword. In an effort to regain his rightful throne he assembled a heroic crew, the Argonauts, and sailed off on a long, dangerous quest to the far-away land of Colchis to bring back the Golden Fleece.

There are several versions of this tale, but all agree that Narcissus was an exceedingly handsome young man who fell in love with his own image. One version claims he spurned the nymph, Echo, and as punishment, Narcissus would only ever love himself. Another says that while hunting he comes across his reflection in a pool and cannot look away.

Made famous by Homer’s epic poems, Odysseus was the king of Ithaca, a persuasive and cunning man who helped the Greeks win the Trojan War by coming up with the idea for the Trojan horse. After the war, it took him 10 years to make his way back to his homeland. The journey was difficult and included clashes with monsters like the mighty cyclops Polyphemus and the cyclops’ father Poseidon.

Pan was the god of the wild, who had the legs and horns of a goat. He was laughed at by the other gods, so he chose to live alone in the forest where, according to the myth, he played the flute and sang in a loud, beautiful voice and chased after nymphs.

The first human woman, Pandora was Zeus’s punishment to mankind because Prometheus stole fire from him to give to man. Pandora was given a box as a gift by the gods but was told not to open it. When she disobeyed, all the bad things the gods had put in the box – war, poverty, disease, and more – were released into the world. Pandora is the reason evil exists in the world.

Prometheus, a Titan and powerful deity, was the benefactor of mankind. He wanted to give humans the gift of fire, and when Zeus refused to let him have it he stole it. Zeus punished him, creating Pandora to bring misfortune to humans and sentencing Prometheus to be tortured for the rest of eternity. After many years, he was rescued by Hercules.

Theseus was said to be the founder of Athens, the capital city of Greece. When children from Athens were being sacrificed to a beast called a Minotaur, Theseus offered to go into the beast's lair (known as the Labyrinth) to slay the Minotaur and rescue the children.

The Influence of Greek Myths

Isn't it amazing to see how much Greek mythology has influenced our language and culture? Narcissus became a narcissist after he was cursed by Echo (who echoed his words in the forest one day).

A pandora's box is part of everyday colloquialism, like opening a can of worms. Our solar system was named after powerful Greek gods such as Orion. Ares, the god of war, had two sons, Terror and Fear (seems appropriate).

All this makes the study of Greek mythology a worthwhile endeavor. Not only does it explain so much about the origins of our language, it also casts a colorful light on the world. The world of storytelling found within a volume of Greek mythology is about as imaginative as it gets.

Enjoy diving into these deep waters and fantastical lands with even more stories and characters like Medusa. If we aim to have a little bit of fun, perhaps we can even concede to the imaginings that these figures and lands once really existed.