Groupthink is a phenomenon when a group of people get together and start to think collectively with one mind. The group is more concerned with maintaining unity than with objectively evaluating their situation, alternatives and options. The group, as a whole, tends to take irrational actions or overestimate their positions or moral rightness. 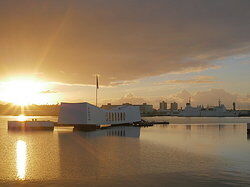 Groupthink tends to occur in isolated groups, especially in groups with no clear rules for decision making and in groups where all of the people involved have similar backgrounds. It is destructive to effective thinking.

Some examples of groupthink include the following:

Groupthink is not just an isolated concept or an abstract philosophy. There are some very real examples of groupthink that can show how destructive it can be to accept the ideas of a group without questioning.

For example, some real world examples of groupthink include:

These are some real world examples of groupthink that demonstrate how people can lose sight of what is best for them when they all conform to the group's thought process and abandon their own critical reasoning skills.