Heat and heat energy are terms we use to describe the level of activity for the molecules in an object. An object with molecules that are very "excited" and move around rapidly is known as being hot, while an object with molecules whose atoms move around less rapidly is known as cold. The heat energy, or thermal energy, can be transferred between objects. So, heat refers to this energy transfer between objects, while temperature refers to the energy contained within the objects. 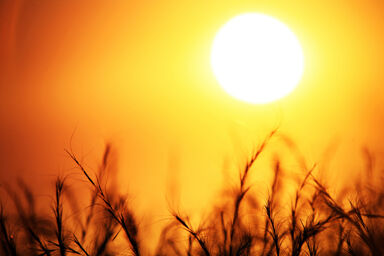 So, heat energy comes from an object or substance whose molecules and atoms are moving faster due to a rise in temperature. Now you have seen lots of examples of heat energy, the next time your pet climbs into your lap, you can experience first-hand how heat energy works.

Read about how some objects can store potential energy, ready to be released in different ways.