Examples of Hyperbole in Poems

Hyperbole is the use of over-exaggeration to create emphasis or humor. It’s not intended to be taken literally. Rather, it’s supposed to drive a point home and make the reader understand just how much the writer felt in that moment.

Throughout the ages, hyperbole has appeared in poetry time and time again. If you can’t be dramatic in poetry, where can you? Hyperbole helps express ever-lasting love, a broken heart, or feelings of despair in an amplified tone.

So, without further ado, let's take a look at some effervescent examples of hyperbole in poems and watch these famous masters turn up the heat on any given emotion. 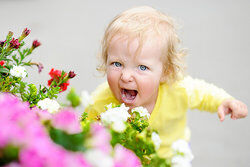 From the ancient Grecian master, Homer, to the 20th-century word power of W.H. Auden, some of the greats expressed their hyperbolic imagination beautifully.

Homer, for example, loved using hyperbole in his epics. In The Iliad, he said the god Mars cried out "as loudly as nine or ten thousand men." Surely, one man could never generate that much noise, but it must’ve been a cry that Mars felt from the very depths of his heart.

To His Coy Mistress

Andrew Marvell was a 17th century metaphysical English poet that often used hyperbole in his writing. One famous example comes from "To His Coy Mistress," where we can certainly feel how much he treasured her:

A hundred years should go to praise
Thine eyes and on thy forehead gaze;
Two hundred to adore each breast;
But thirty thousand to the rest.

Have you ever heard the expression, “The shot heard ‘round the world?" It’s a hyperbole that refers to the beginning of the American Revolution. Although the shot wasn’t heard on the other side of the globe, those who were in its near presence understood its gravity. It comes from a poem written by Ralph Waldo Emerson called "The Concord Hymn:"

Here once the embattled farmers stood
And fired the shot heard round the world.

In "A Red, Red, Rose" by Robert Burns, the narrator says he’ll love his bonnie lass:

Till a’ the seas gang dry, my dear,
And the rocks melt wi’ the sun;
I will love thee still, my dear,
While the sands o’ life shall run.

As I Walked Out One Evening

W.H. Auden was an English-American poet who often used hyperbole. In his poem, "As I Walked Out One Evening," Auden’s expressing his everlasting love and, although China and Africa are as likely to touch borders as America and Australia, the exaggeration says it all.:

"I'll love you, dear, I'll love you
Till China and Africa meet,
And the river jumps over the mountain
And the salmon sing in the street."

I Wandered Lonely as a Cloud

William Wordsworth is reflecting upon a long row of daffodils he saw in "I Wandered Lonely as a Cloud." Although they were plentiful and beautiful, it’s unlikely they were quite as expansive as the milky way:

Continuous as the stars that shine
And twinkle on the milky way,
They stretched in a never-ending line
Along the margin of a bay:
Ten thousand I saw at a glance,
Tossing their heads in sprightly dance.

My Heart Beats for You

Hyperbole is frequently utilized in the context of romantic love, as is the case with this short poem by LoveToKnow's Kelly Roper. Consider the beating heart of passion:

One thousand stampeding bison thundering across the plains

Couldn't drown out the sound of my heart beating for you.

Its rhythm feeds the greatest symphony ever known to man,

Yet such life-transforming love is experienced by so few.

The Tantrum Felt Round the World

Also by Kelly Roper, this poem will resonate with many frustrated parents dealing with a child refused another scoop of ice cream. It's figuratively the end of the world:

When little Janie's mother told her, "No more ice cream,"

Janie's face turned red, and her ears began to steam.

Her body trembled harder than a huge earthquake,

And when she opened up her mouth, let there be no mistake,

She let out the most terrifying, awful shrieking scream,

The likes of which a million banshees only dared to dream.

The vibrations from this tantrum could be felt across the ground,

They shook the entire U.S. and then they traveled the whole world round.

Her hellish scream traveled on the winds to places far and wide,

And no one could escape it; there was nowhere they could hide.

But Janie's mother wasn't impressed with this kind of behavior.

She grounded Janie for three weeks and refused to relent or waiver.

In life, we’re probably not supposed to be overly dramatic. At least, not too often. But therein lies the beauty of the written word. We can paint scenes on the scale of epic poems and be as dramatic as we want about that thing we can’t pull down from our memories.

As you continue to put pen to paper and create entire universes with your words, we hope you’ll have some more fun with these Examples of Hyperbole in Literature.