Iambic pentameter refers to the pattern or rhythm of a line of poetry or verse and has to do with the number of syllables in the line and the emphasis placed on those syllables. William Shakespeare’s works are often used as great examples of iambic pentameter. 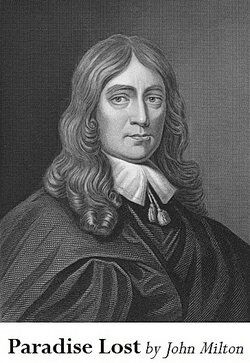 Penta means five, so a line of iambic pentameter consists of five iambs – five sets of unstressed and stressed syllables.

Iambic Pentameter in Poetry and Verse

Iambic pentameter is the most common type of meter used in poetry and verse. One writer in particular was famed for using it, William Shakespeare, although he was not the first, Chaucer used it to good effect before him, as you'll see in these iambic pentameter examples:

Her vestal livery is but sick and green
And none but fools do wear it; cast it off.

And I do love thee: therefore, go with me;
I'll give thee fairies to attend on thee,
And they shall fetch thee jewels from the deep,
And sing while thou on pressed flowers dost sleep

Now is the winter of our discontent
Made glorious summer by this sun of York;
And all the clouds that lour'd upon our house
In the deep bosom of the ocean buried.

Henceforth be earls, the first that ever Scotland
In such an honour named. What's more to do,
Which would be planted newly with the time,
As calling home our exiled friends abroad
That fled the snares of watchful tyranny;
Producing forth the cruel ministers
Of this dead butcher and his fiend-like queen,
Who, as 'tis thought, by self and violent hands
Took off her life; this, and what needful else
That calls upon us, by the grace of Grace,
We will perform in measure, time and place:
So, thanks to all at once and to each one,
Whom we invite to see us crown'd at Scone.

O that this too too solid flesh would melt,
Thaw, and resolve itself into a dew!
Or that the Everlasting had not fix’d
His canon ’gainst self-slaughter! O God! O God!

If music be the food of love, play on;
Give me excess of it, that, surfeiting,
The appetite may sicken, and so die.
That strain again! it had a dying fall:
O, it came o'er my ear like the sweet sound,
That breathes upon a bank of violets,
Stealing and giving odour! Enough; no more:
'Tis not so sweet now as it was before.

When I do count the clock that tells the time,
And see the brave day sunk in hideous night;
When I behold the violet past prime,
And sable curls all silver’d o’er with white;

Whan that aprill with his shoures soote
The droghte of march hath perced to the roote,
And bathed every veyne in swich licour
Of which vertu engendred is the flour;
Whan zephirus eek with his sweete breeth
Inspired hath in every holt and heeth
Tendre croppes, and the yonge sonne
Hath in the ram his halve cours yronne,
And smale foweles maken melodye,
That slepen al the nyght with open ye
(so priketh hem nature in hir corages);
Thanne longen folk to goon on pilgrimages,
And palmeres for to seken straunge strondes,
To ferne halwes, kowthe in sondry londes;
And specially from every shires ende
Of Engelond, to Caunterbury they wende,
The hooly blisful martir for to seke
That hem hath holpen, whan that they were seeke.

Batter my heart three-personed God, for you
as yet but knock, breathe, shine and seek to mend.
That I may rise and stand o'erthrow me and bend
Your force to break, blow, burn and make me new.
- John Donne, "Holy Sonnet XIV"

Of Man's first disobedience, and the fruit
Of that forbidden tree whose mortal taste
Brought death into the World, and all our woe,
With loss of Eden, till one greater Man
Restore us, and regain the blissful seat,
Sing, Heavenly Muse, that, on the secret top
Of Oreb, or of Sinai, didst inspire
That shepherd who first taught the chosen seed
In the beginning how the heavens and earth
Rose out of Chaos: or, if Sion hill
Delight thee more, and Siloa's brook that flowed
Fast by the oracle of God, I thence
Invoke thy aid to my adventurous song,
That with no middle flight intends to soar.

Iambic pentameter has been used in poetry and verse since medieval times as we see in the example from Chaucer, and gained popularity in Elizabethan times amid Shakespeare and his peers. It is an ideal rhythm for the spoken word as it sets a good pace and natural, clear intonation.