Ice erosion is the process of large chunks of ice, known as glaciers, eroding an area over a long period of time with the help of gravity. Explore some examples of ice erosion from throughout the world when ice once covered the entire globe — and beyond. 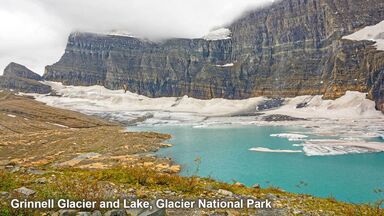 When a surface is worn away by ice, this is called ice erosion. The term ice erosion refers specifically to erosion caused by ice. It is used to describe how glaciers, which are enormous chunks out of ice, can carve out the surface below them as they move.

The term glacial erosion means the same thing as ice erosion. It occurs in one of three ways.

Ice Erosion Examples on Earth and Beyond

There are many ice erosion examples on Earth, as well as another planet, Mars. Discover some examples of ice erosion.

Ice erosion isn't the only type of erosion that exists. Now that you're familiar with the impact of glacial erosion and its impact, take the time to learn about other types of erosion. Make sure you know the difference between weathering and erosion, then explore specific examples in more detail. For example, explore some examples of wind erosion.