Examples of Iconicity in Everyday Life

An icon is a visual representation of something else. An icon can represent a person, place, object, idea, business, group of people, or another noun. The word iconicity refers to the similarity between a symbol and what it stands for. Icons have iconicity if they are similar in some way to what they represent. Not all iconicity is visual in nature. Linguistic symbols, such as sounds and sign language, can also have iconicity. 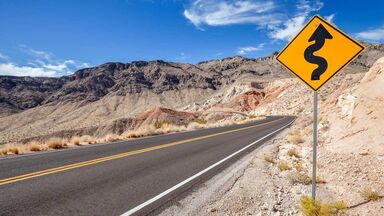 An icon can be a visual image such as a logo, or an icon can be a person who represents an idea or style. The form of an icon can suggest its meaning. It might simply be a shorter way of communicating something, such as a numerical representation of a written out number or a shorthand symbol. When symbols do not have iconicity, that means they are arbitrary, rather than being similar to what they represent.

Any symbol that stands for something else can have iconicity. If the symbol is similar in some way to its meaning, it has iconicity. In a case where there is not inherent similarity between a symbol and what it means, that symbol would be described as arbitrary.

Visual elements, such as company logos and signage, often have iconicity.

When considering iconicity, linguistics examples should definitely be included. These include non-pictorial symbols that are used to convey meaning.

When considering whether a symbol has iconicity or is arbitrary, the key is to determine if the link between the symbol and the meaning is that they are truly similar.

A logo can be very recognizable and still be arbitrary. The fact that you see a logo and instantly know the brand does not mean that the logo has iconicity.

Most language is arbitrary. Think about Shakespeare's famous line, "A rose by any other name would smell as sweet." Juliet would still be who she is if her parents had named her Martha. A rose would still be a rose if the word for that specific type of flower was something entirely different.

Now that you have a good understanding of what iconicity is, turn your attention to some related concepts. Start by exploring some examples of symbolism. After that, discover some interesting examples of iconography.